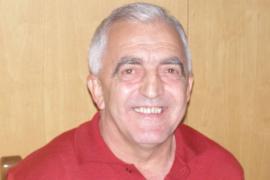 Six are the figures awarded with the prize issued to remember the human rights activist and member of Gariwo Sarajevo murdered in 2007 for bearing testimony against the atrocities perpetrated during the war in Bosnia, in particular the killing of 26 Muslims which he had witnessed.

The Commission awarded for their civil courage:

Krstan Bijeljac, an orthodox priest who remained Sarajevo when it was under siege from the army of the Republika Srpska, and strove for a shared civic value between Bosnia and Herzegovina.

Krstan Bijeljac joined the antifascist movement in 1941, a delegate at the historic first session of ZAVNOBiH held on 25th November 1943.
He received the prize because, "although he was aware of the risk, he stayed in Sarajevo which was under siege by units of the Army of Republika Srpska, wearing a priest's habit and holding masses despite the fact that the other orthodox priests had left the town at the beginning of the occupation; he proved his civil courage by defying all negative authorities of that time, first those of his own ethnic and religious group, and then others who disapproved of his fight for the shared social values of Bosnia and Herzegovina, and proving that multicultural life is possible. Krstan Bijeljac is also a pioneer in the protection of human rights. He has been supporting them tirelessly for 69 years".


Esad Alic, a construction worker who died in Kobas.

According to the Committee Esad Ali "expressed his civil courage when when on 10 September 2008, about 10 pm, he was sitting at the table in cafée "Truba" in Kobas with 36-year-old Asim Roso, a 100% invalid since 2000, when, during de-mining activities in Orasje, he stepped on a mine and lost both legs to his hips.
The moment he saw Zoran Safin, enter the cafe and throw a hand grenade which rolled under the wheelchair of Asim Roso, Esad yelled to Asim's wife: "Take care of the kids!" and rushed to the grenade, pushing Asim's wheelchair aside. When Esad threw himself on the hand grenade, it exploded and blew him to pieces. Esad Alic was killed instantly. Asim, his wife and children were only slightly injured by shrapnel".

Slobodan Pejovic, who worked as a detective inspector in Herceg Novi, Montenegro, until he retired in 1993.

Slobodan Pejovic received the award because he proved his civil courage while performing his duty of inspector in Herce Novi, defying many risks. "In 1991, disobeying the superior authorities when they wanted to mobilize him and send him to the front line in Croatia, in spring 1992, disobeying the authorities' order to arrest all Moslem refugees from Bosnia and Herzegovina sheltering in Montenegro and hand them over to the forces of Radovan Karadzic in BH. In spring 1992, he saved the life of at least two Moslems (Bosniacs) by helping them to escape from the police station in Herceg Novi. Due to his continued opposition to the negative authorities, after the failed attempt of assassination, Slobodan Pejovic was suddenly retired in 1993, but that did not stop him to continue expressing civil courage after the end of the war in BH, testifying to the truth about the fate of a dozen Moslems arrested in Montenegro who were murdered after they had been handed over to the forces of Radovan Karadzic in BH. With all his acts, he exposed himself to the conviction of the environment in which he lived and worked that he is a "traitor" and his family was subject to public contempt
In the last few years, Slobodan Pejovic has been expressing his civil courage also as the main prosecution witness in the case initiated by the State Prosecutor of Montenegro against the highest-ranking officials of the Montenegro Ministry of Internal Affairs, who are indicted for issuing orders on arrest and handover of Moslems to the forces of Radovan Karadzic in 1992 and thereby causing the death of dozens of innocent people. This testimony, as well as his frequent public appearances in which he speaks clearly, unequivocally and convincingly about the biggest crime in Montenegro, exposed him to other problems - from physical assaults, through demolition of his car and death threats to being deprived of identification documents and thereby of the right to free movement."


Srdjan Aleksic, born in Trebinje on 1966, gave his life to save a Moslim threatened by a group of Serbian-Bosnian soldiers.

The Dusko Kondor Award for Civil Courage is given to Srdjan Aleksic posthumously, because, "although he was aware of the risk, he sacrificed his life to save the life of Alen Glavovic, his fellow citizen, a Bosniak (Moslem) persecuted for his ethnicity". He defended Glavovic from a group of Serbian-Bosnian soldiers who asked him for his ID-card. When they got to know he was a Muslim, they started beating and persecuting him. Srdjan Aleksic stood up against the criminals, defended Glavovic, telling him to run away, which he did, while the four soldiers brutally beat Srdjan with their guns instead of Glavovic. As a result of the beating, Srdjan fell into coma, and died on January 27, 1993.


Milomir Mile Plakalovic, born in Sarajevo on 1952, who worked as a taxi driver.

The Dusko Kondor Award for Civil Courage is given to Milomir Mile Plakalovic because, "although aware the risk, he proved his civil courage by bravely spending every day with no exception on the streets of Sarajevo besieged for 1440 days, collecting the wounded and transporting them to hospitals, under fire from sniper rifles and shrapnel from hand grenades, thus saving the lives of dozens of wounded fellow citizens of Sarajevo, including many children".

The Committee awarded over her affirmation of civil courage:

Amela Dudic, student of Economics, who stood up openly against sexual harassment.

In August 2009, Amela Dudic published video and sound recordings on her mobile phone of a monologue by her boss, the President of the Association of Soldiers of the Federation of BiH in Zenica, in which he offered her benefits for sexual favors. Her report of the incident and the recording itself were published in all the media including TV and provoked a variety of comments from the BH public, very few of them supportive of her action.
As a result of her bravery she was criticized and despised by sections of the public and lost her job, which was the price she paid for her civil courage. Her example of civil courage contributes significantly to the education of women who are one of the groups most vulnerable in BH society".

The awards ceremony will be held on 23rd February 2010.