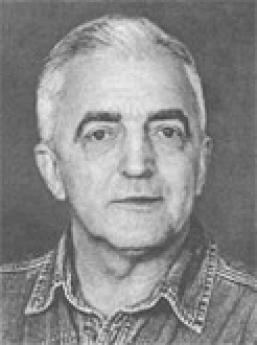 Dusko Kondor, a human rights activist and an embodiment of civil courage, was brutally murdered on Thursday February 22nd 2007 in his own home in Bijelina, Republika Srpska. Two criminals emptied their automatic guns through the locked metal front door of his second-floor flat while a third sat in their escape car below. Professor Kondor leaves his wife and two daughters. His eldest daughter Nina, 20, was severely injured in the same attack and is still in hospital.

He was director of the Seminars on Civil Courage run by the Sarajevo non-governmental organization GARIWO, a co-founder of the Helsinki Committee for Human Rights in Bosnia and Herzegovina, and the head of its Human Rights Education section. As a teacher of sociology, philosophy and democracy at the high school "Mihajlo Pupin" in Bijeljina, he deeply influenced many young people in their formative years.

He had also recently declared himself ready to testify in the local courts against indicted Serb war criminals on the atrocities which he had personally witnessed - among them the cold-blooded murder in 1993, under his window, of 26 Muslims including some children.

Amnesty International and international authorities in Bosnia and Herzegovina have widely condemned the assassination and have called on the responsible institutions to launch appropriate investigations immediately. Clearly a prompt, thorough and objectively impartial investigation into this crime is required.