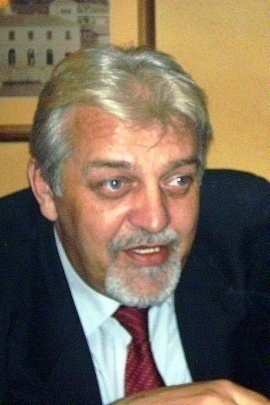 Dragan Andric was born in 1956 in Konjic, in Bosnia Herzegovina.

A lecturer, activist, poet and musician, he always fought for human dignity, trying in all ways to help those in need.

During the bloody Serb-Bosnian war of the 1990s he placed himself at the service of those who had been unfairly hounded from their own homes. For months he searched for the fugitives spread all over Herzegovina, refugees who had little chance of survival and he rescued scores of civilians who had been captured and already sentenced to death.
In her book Good People in an Evil Time, in the episode entitled “The Little Fly” Svetlana Broz describes how Dragan rescued a mixed Serb-Muslim family.

After the war Andric struggled relentlessly to find those responsible for ethnic cleansing in Bosnian society. Up until his death, he worked as an inspector in the secret services tasked with gathering information about war criminals Karadžic and Mladic and about the other leaders of organized crime in Bosnia and Herzegovina.

In 2004, aged just 48, Dragan Andric was found dead in Sarajevo, struck down by a brain haemorrhage caused by a sudden, and entirely unexpected, rise in blood pressure. The suspicion is that he was poisoned to remove a dangerous enemy of ethnic cleansing and its infamous perpetrators.

In 2008 GARIWO SARAJEVO posthumously awarded him the "Dusko Kondor" prize for his courageous work in defence of civil coexistence.

Dragan Andric is honoured in the Garden of Padua.