pioneer of the fight against climate change

American geophysicist and climatologist, professor at Columbia University in New York, he can be called the "pioneer" of climate change. His interest in science and climate was born almost by chance thanks to a friendship, the one with the student Paul Gast, who, in the summer of 1952, helped him to organize a laboratory test. The location of the experiment was the then called Lamont Geological Observatory. Paul would later become director of NASA's lunar program.

Broecker's studies were based mainly on the observation of the oceans. Since 1960, Broecker sailed many of the world's oceans and seas to map ocean circulation, gas exchange with the atmosphere and other marine processes. This collective work provided the basis for all subsequent studies of marine chemistry and the relationship of the oceans to the climate. The global oceanic flows caused by the variation in density of water masses, i.e. the differences in temperature and salinity of the latter, in fact determine trajectory shifts that are believed to influence the climate. Broecker also sensed that with rising temperatures, precipitation patterns would also change, and that new research was needed to understand and predict the future climate situation.

Already in 1975, during the Cold War, Broecker published a study - entitled Climate Change: Are We on the Brink of a Pronounced Global Warming? - which predicted an increase in the average global temperature in the next 40 years "far beyond the limits of the last thousand years", due to the concentration of CO2 in the atmosphere. Alone he had understood in detail and well in advance what we know as “global warming”, and the consequences it would have on the world. The term was quickly adopted by the scientific world and appeared in the first climate report published by the U.S. National Academy of Sciences in 1979.

In 1984 Broecker proposed to a Congress Committee to launch a national plan to understand the dynamics of the atmosphere, oceans, ice and biosphere, warning of the immediate need to limit the use of fossil fuels. "By continuing to pour greenhouse gases into the air, we are carrying out an experiment that could have devastating consequences," he said. His brilliant mind and his courage were instruments to bring to the attention of the international community - which was unable to listen to his warnings - the risks associated with climate change and the effects it would have caused. His identification of greenhouse gases as the main cause of the warming was finally the great starting point for subsequent climate studies.

In the pages of Nature, in 1987, he declared: "We are playing Russian roulette with climate."

Awarded with the National Medal for Science in 1996, he was able to get people talking about the problem of global warming at a time when very few people were ready to listen. He passed away in 2019. He had continued to discuss his projects and research with his colleagues until a few days before his death. 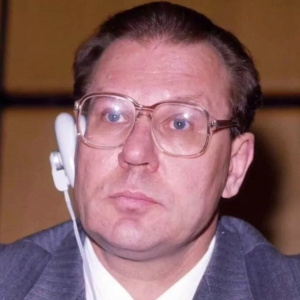