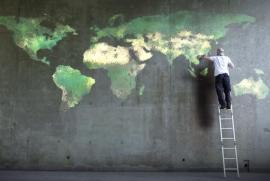 Twenty-four countries of Latin America and the Caribbeans have signed a binding agreement containing measures to protect the environmental defenders. The new treaty does, in fact, oblige these countries to “grant a safe environment to the people, groups and organizations that promote and defend human rights in the environmental field”. This does not only mean ensuring protection from threats or assaults but also investigating and punishing these crimes when they occur. Furthermore, the agreement contains the codification of the right of environmental defenders “to life, personal integrity, freedom of opinion and expression, peaceful association and movement”.
The document (Latin American and Carribean Countries declaration on Principle 10), which was initiated by the Conference of Rio UN+20 on sustainable development of 2012, also deals with access to information, justice and public participation in decision-making. Costa Rica’s President Luis Guillermo Solís, promoter of the text together with Chile and Panama, defined the treaty as a turning point in the fight against poverty, injustice and hatred, finally establishing the right to a safe environment as a human right.

The signatures come nearly two years after the murder of Berta Cáceres, one of the best-known environmentalist activists killed in Honduras in 2016. Over the past year, nearly 200 environmental activists have been murdered around the globe for their struggle to defend the Earth – four per week – as reported by Global Witness, the association that together with British newspaper The Guardian curates the project The Defenders.

Who are these defenders? They are people who, through a peaceful action, are on the front line to defend the ecosystem. Common people, that probably would never call themselves “defenders”. Among them, we find indigenous people who live in the mountains or forests and wish to protect the lands of their ancestors and their tradition from multinational or luxury hotel chains, or ranger who try to counter poaching, or also lawyers, journalists or members of NGOs who report abuse and illegality.
The 60% of the crimes committed against them occur in Latin America, particularly in Brazil, Colombia, Honduras and Peru. The mining industry is the major cause of protests, and subsequently of deaths, also in India and Turkey. In Mexico and the Philippines, environmental activists are mainly murdered at the hands of criminal gangs, while in Africa the major threat to their lives comes from poaching. Although Global Witness always keeps its database about the crimes committed against defenders always updated, many murders are never revealed, as threats, beatings or harassment. According to the Environmental Justice Atlas, in the world, there are currently over 2335 cases of tensions about water, land, pollution or resources, and these numbers are bound to rise due to the effects of climate change.

Precisely due to the most evident effects of change, though, more attention is paid internationally to the figures of environmental defenders. This is also the opinion of John Knox, the UN Special Rapporteur on human rights and the environment, according to whom the moment has thus come for the United Nations to formally recognize the right to a healthy environment. This call comes after 5 years of investigations about the crimes committed against the defenders of the Earth from deforestation, pollution, poaching and the illegal land grab.

“If we do not manage to protect these people - said Knox – how can we defend the environment, on which we all depend?”. Environmental protection and human rights have long been considered as two distinct sets of issues. Over the past decade, there has been an increase in the urge to recognize the connection between them, despite the lack of a legislation – also at the level of the United Nations – that officially codifies the environmental rights.