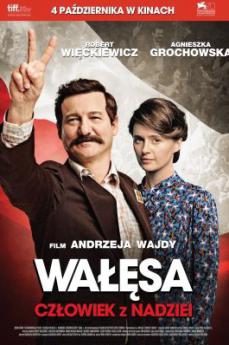 The Polish director devoted his most challenging, widely known as beautiful movie Man of Hope to the moral figure of Lech Wałȩsa, former Solidarity leader and first President of Poland after the collapse of communism. "I won because I suprised the communists, I surprised Yeltsin, I surprised many presidents" said Wałȩsa in London at the premiere of his biopic.

The movie deals with the founder of Solidarity as he is struggling against the communist power in the Seventies and explores his relationship with his wife Danuta. The actor playing his role, Robert Wieckiewicz, met with Wałȩsa only after the release of the movie.


He said his acting was made difficult both by the fact that "Wałȩsa has a great inner anger" and by the fact such a pivotal figure in Polish history is very controversial. "Today he is seen by somebody as a 'hero' and others as a 'traitor'".