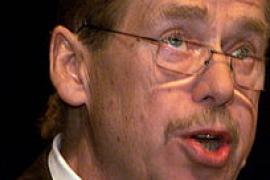 The author of The power of the powerless will be remembered between 5 September and 19 november in a wide array of events in the whole centre of the Czech capital. This festival, curated by the Czech diplomacy, will open on Sept, 5 with the screening of the documentary Citizen Havel goes on Vacation, which deals with the arrest of Václav Havel after a journey throughout the Czech Republic he undertook in 1985 when he had already become one of the prominent dissidents, arrest which was carried out by 300 policemen in plain clothes.

Festival events include old movies and interviews with Václav Havel, to whom Milan dedicated a tree in the Garden of the Righteous Worldwide on 6 March 2013. There will be discussions, listening sessions to the music of the Plastic People whose arrest started the Charter 77 movement  and many other cultural and artistic events.

On 19 November the festival will close with the staging of Havel’s theatrical show Protest, directed by Gail Humphries Mardirosian, which shows the universal value of dissent through the stories of a man coming back from prison and starting an anti-governmental protest, Stanek, the friend who listens to him, Vanek, and two female counterparts. Following is the interview that Gariwo realized with Havel’s brother, Ivan, on the first European day of the Righteous on 6 marzo 2013.