The incredible hostility of Turkish judiciary against Pinar Selek 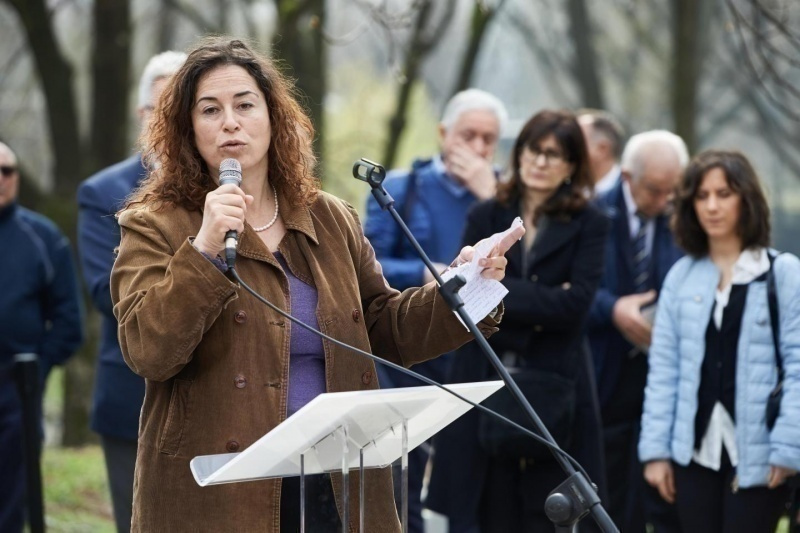 Pinar Selek's judicial nightmare, which began in 1998, is unfortunately still ongoing. After four acquittals, today the General Criminal Assembly of the Supreme Court in Turkey wants to reopen her case. Selek has been living in exile for about nine years and this Kafkaesque story does not let her live in peace.

It all started on July 11, 1998, when Selek was placed in temporary detention and taken to a police station because of interviews she was doing for her scientific researches. The interviewees were involved in the struggle between the PKK and the Turkish state. In the interrogations she decided to keep the names of her interlocutors hidden. This decision was not well received, and Selek was tortured during her detention.

A few days later, police claimed to have found explosive material in the studio where Selek was doing workshops with street children. It was later discovered that the mentioned material had been brought by the same police to her studio 22 hours before the "discovery."

Moreover, two days before the first detention, that is, on July 9, 1998, there was a large explosion at one of the entrances to Istanbul's Spice Market. The explosion unfortunately caused the death of seven people and injured 127 other citizens. During the initial investigation, the prosecutor identified Selek as the person responsible for the explosion, and in the investigative papers the dramatic event was recorded as an "assassination attempt." At that time Selek was in Umraniye prison and a trial was already open against her on charges of "belonging to a terrorist organization." Selek was prevented from having a lawyer and was not asked any questions about the Istanbul explosion during the trial.

From this point on, the judiciary used two elements to seek life imprisonment with aggravated conditions for Selek and to keep her in prison. The first was "the presence of explosive material found in the Spice Market explosion." So the judges insisted that it was not an explosion but an attack organized by Selek. This first element was contradicted by three different reports written by three different experts appointed by the same panel of judges, reports that, however, were of no value to the judges themselves. The second element was the statement of another defendant, Abdülmecit Öztürk, who said he was sure that it was Selek who placed "the bomb" in front of the Spice Market.

Then Öztürk claimed that he was tortured during interrogation and declared those words under threat. Moreover, Öztürk said he did not know Selek at all, who was finally acquitted in 2006.

The absurd details of Selek's trial are many. There are other cases of false statements or never existed. A trial that lasted nearly 15 years, during which Selek was arrested and tortured many times. She was acquitted a total of four times, and when she was sentenced not all the judges on the panel voted in favor of sentence. In fact, the trial was a kind of ping-pong match between various criminal courts in Istanbul and the Supreme Court.

Selek's case almost perfectly represents the decline of the legal system in Turkey and how widespread the possibility of creating political trials is. Some other exemplary cases are the trials of the music group Grup Yorum, former parliamentarian Selahattin Demirtas, philanthropist Osman Kavala, poet Ilhan Comak, and journalists Nedim Türfent and Deniz Yucel.

Selek certainly was targeted for the sociological research she did but also for the resilience she showed. Obviously, the large network of solidarity, especially of women, that grew up around her was a very positive element, but at the same time it also created strong pressure on the judiciary, which in no way wanted to "lose." In fact, despite various scientific proofs and the total lack of evidence, the judiciary still believes that Pinar Selek is a "terrorist" and that it was she who set the bomb in the 1998 Istanbul Spice Market attack.

Last June 21, the Supreme Court's General Criminal Assembly decided to reopen her case even though, in 2014, Chamber Number 9 of the same Supreme Court had decided to reverse Selek's life sentence and decided to acquit her. Now the papers are expected to be at Criminal Court Number 15 in Istanbul, and they will start from the beginning for both Selek and Abdülmecit Öztürk.

In the meantime, Selek commented on this news, via a letter addressed to the Turkish-language editorial office of the British broadcaster, BBC. Her words were:

"This decision has nothing to do with the law. Since the motivated decision has not yet been issued, I cannot comment further. I will fight until the end against this injustice."