hearings will start on 5th August 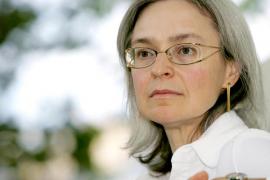 Update 24th July
The Novaya Gazeta newspaper for which Anna Politkovskaya worked announced that the new trial over the journalist's murder will start on 5th August at the Moscow military court.

Everybody is innocent according to the jury: the "troublesome" journalist wasn't killed either by the former police officer accused of being the instigator or by the two men who tailed her, or by the intelligence agent involved in the murder.
The trial had already been disputed by the son of the bold journalist's and by the people's jury, who had denounced the tribunal's decision to hold the hearings behind closed doors.