His ordeal in contest of social change 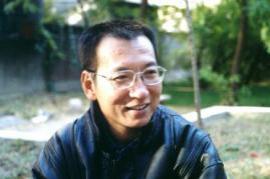 China is changing. It is a society becoming always more pragmatic and individualistic, especially now that new generations are forming from only children. Although, at the last meeting of the Communist Party, the government ordered a loosening of the “one child policy.” The tendency is always to become more western; also thanks to the impressive economic progress of the last couple of years that has generated a class of hundreds of millions of new riches.


The “one-child policy” is the name given to the marriage law enforced in China, intended to restrict the population and prevent a vast and terrible land famine. Overall the law has also had adverse effects, like the increase of female infanticide. If China’s loosening is welcomed by a majority of observers, this does not signify that china has suddenly become a democracy.  It is a matter of a relatively less difficult transformation of the regime, since in the field of society and the economy where Marxists feel most strongly and believe in their ability to advance variables for the consolidation and maintenance of their power. Diverse is the case of who fights for human rights.


Liu Xiaobo knows something about this. The winner of the Nobel Peace Prize is serving his sentence in jail after he was accused of “subversion” in 2009 for supporting Charter 08, a petition for a democratic constitution in China. Now, confined to his cell, the activist and writer responds, presenting an appeal motivated by the fact that his “actions of subversion”(such as writing letters and appeals) were legal acts of freedom of expression that is already sanctioned by the Chinese constitution. It is an important action against a sentence of 11 years that seems to have been reduced by silence.


Another distressing situation is that of laogai. The Chinese congress voted for the abolition of these notorious labor camps to enter in 2020, but has only obligated Beijing and they will be replacing them with the “community of re-education,” therefore they have not been truly revoked.  There are 50 million, from the last emperor Pu Yi to the activist Harry Wu (that created the Laogai Foundation after spending 19 years doing forced labor), Chinese that passed through these “workshops” where the regime expressed its intent: to reiterate, while thinking of economic data, that liberties are only granted and never acquired by one vote for all.