Gariwo inaugurated the first Garden of the Righteous in Iraq in Halabja, together with the local NGO NWE (which has been fighting for women's rights for years and which assists refugees and promotes environmental awareness campaigns) and the Milanese voluntary association Dare.ngo.

The inauguration was held near the Governorate on Tuesday 18 October 2022. The following day, the University of Halabja hosted a conference on the relationship between the environment and genocide prevention. The Gariwo Foundation was represented by Gabriele Nissim, president of Gariwo and Joshua Evangelista, head of the press office.

The first Righteous honoured in the Garden are Gino Bartali, Irena Sendler, Denis Mukwege, Raphael Lemkin, Moshe Bejski, Hammo Shero, Wangari Muta Maathai and Alganesh Fessaha. The Righteous were chosen by Gariwo Foundation, the University of Halabja and NWE. The choice fell on important figures worldwide who fought for the prevention of genocide, the rescue of migrants and the defense of the environment. The Garden is dedicated to local figures who saved lives during the 1988 genocides. It is located in a disused area of about 7000 square meters adjacent to the headquarters of the Governorate of Halabja.

The Garden is also at the center of Green Halabja, an international project to counter the effects of climate change in the region. The Garden was built in an abandoned area of ​​about 7,000 square meters adjacent to the headquarters of the Governorate of Halabja. For more than a year, local activists, thanks to the support of the Gariwo Foundation, have reclaimed the area and planted trees. In addition to giving a global sense of genocide prevention, which unites the causes of all peoples who suffer injustice and massacres, the Garden was created with the aim of becoming the green lung of the city, in a region where green spaces are lacking and whose inhabitants suffer from severe air pollution and a lasting drought.
An important role in the development of the Garden was also played by Dare.ngo, a Milanese international cooperation association that has been organizing humanitarian activities in Iraqi Kurdistan for years.

the pictures of the Garden of Rescuers

The Garden of the Righteous in Bisignano

the new trees and the educational project 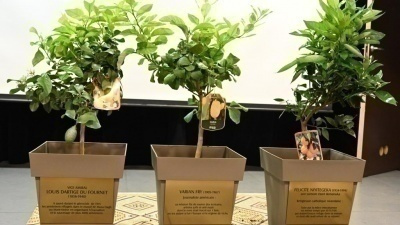 The inauguration of the Garden of the Righteous of Marseille 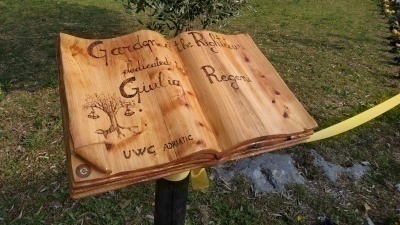 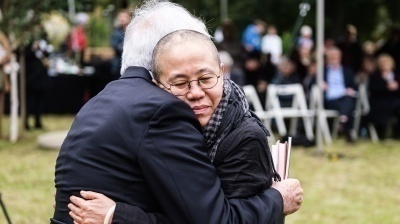