The Memory of Good and the Future of the United States 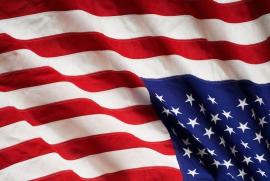 “I have a dream that my four little children will one day live in a nation where they will not be judged by the color of their skin but by the content of their character.”—Martin Luther King Jr.1

Humans talk about the past to influence the future. Memory is the mechanism that makes this process possible, and the content of memory sets the course of the future. Gariwo holds that the “memory of good”2 can lead to a better future. Building upon The Righteous Among the Nations’ concept, Gariwo conceptualizes “good” as being defined by an individual’s behaviour (e.g., risking one’s own life to save the life of someone else). The memory of an individual’s good behaviour is powerful because it can morally elevate future generations to care for others selflessly. As the title implies, Gariwo’s unique contribution has been to expand the concept of the Righteous from non-Jews who risked their lives to save Jews during the Holocaust to individuals who performed similar acts of selfless courage worldwide. However, this worldwide focus implies that individuals in all parts of the world have also engaged in bad behaviour, such as human rights violations.

The Fourth International Meeting of the Gariwo Network: “Knowing the World, Rethinking Memory”3 reminded me of the importance of Gariwo’s “memory of good.” Listening from my home in the United States, I was struck by how much of my country’s widening political divide is a disagreement over “what kind of memory is needed today.”2 Unfortunately, both sides of the political chasm in the United States strive to impose a memory fundamentally different from Gariwo’s concept of the “memory of good.” There are also signs that both political parties are putting forth memories of American history capable of transforming the United States into a Totalitarian State.3 Political leaders attempt to circumvent the checks and balances designed to limit their power. Academia prohibits opinions that deviate from a narrow political dogma, and there is growing political censorship of the internet by a handful of people. Both ends of the political spectrum are also becoming more violent. Thus, it is important to carefully evaluate the competing memories of American history as they strive to determine the future of the United States.

Members of the category “American” are considered good because they are responsible for the positive acts during American history. The implicit category “non-American” is remembered largely as attempting to prevent America from being great, whether through foreign wars, terrorism, or illegal immigration. Thus, memory based on the premise that America is great leads some on the political right to assume that non-Americans are likely to be bad. In this memory, most of the Americans remembered tend to be white males, and other potential sub-categories of Americans defined by race and gender tend to be downplayed or ignored.

The political right’s memory of America as an interaction between two social categories is perhaps most evident in the calls to build a wall separating good Americans from bad non-Americans. Of course, far from being a unique view of one’s country, this concept of good and bad is probably found in all nations to varying degrees.

Far from erasing American history, the political left’s actions are designed to draw as much attention as possible to specific events in American history. Thus, neither political party wants to erase American history from memory; they just disagree over “what kind of memory is needed today.” Both sides are focused on memory because they are aware of how profoundly the memory of American history can influence the future of the United States.

Are “good” and “bad” properties of an individual’s behavior or social category?

The stakes in the struggle to impose a specific memory of American history are high because future scenarios nearly inconceivable a few years ago are now serious possibilities. Some Americans even talk about splitting the United States into two countries. Assuming that the United States remains united, there are indications that whichever political party ascends to enduring power may become totalitarian in their suppression of the opposition. On the other hand, the United States may dissolve into globalism so different from the current reality that it is difficult to imagine. Regardless of what form the future takes, it may be too much to hope that future individuals will be judged by their behaviour instead of their social category. However, I hope the future includes a “memory of good” in the sense of individuals making selfless acts of kindness toward other individuals.

2 The memory of good unifies remembrance cultures in Europe. By Gabriele Nissim https://en.gariwo.net/editorials/the-memory-of-good-unifies-remembrance-cultures-in-europe-8334.html