UEFA EURO 2020: a public event on Women’s Rights at the Garden of the Righteous Worldwide in Milan

The event took place the Eve of the opening match between Italy and Turkey, following Turkey’s withdrawal from the Istanbul Convention 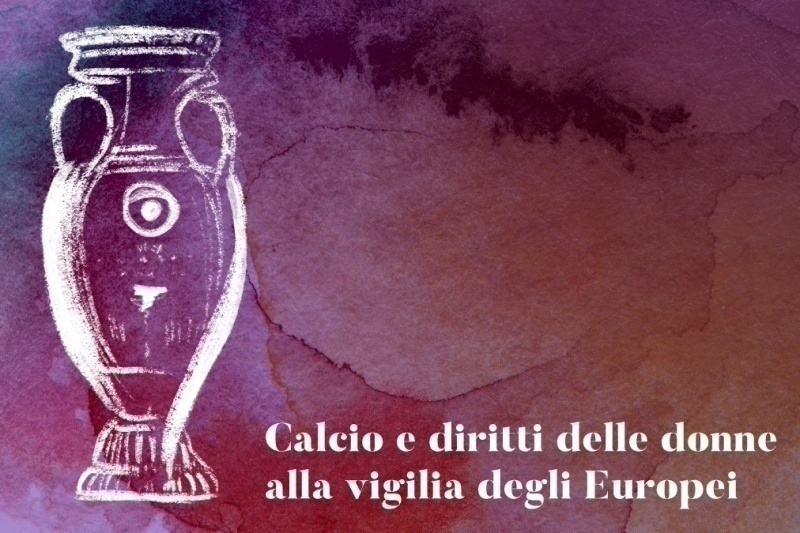 Yesterday, Gariwo organized a public event at the Garden of the Righteous Worldwide, in Milan, on the occasion of today’s opening match of the UEFA EURO 2020 Championships in Rome’s Stadio Olimpico, featuring Italy vs Turkey. The event followed Gariwo’s appeal to have the match refereed by a female referee, possibly assisted by an all-female team. The appeal sparked from Turkey's withdrawal from the Istanbul Convention against gender-based and domestic violence in March 2021.

On March 20, 2021, Turkish President Recep Tayyip Erdoğan issued a decree annulling Turkey’s ratification of the Council of Europe’s Convention on Preventing and Combating Violence against Women and Domestic Violence, also known as the Istanbul Convention. On March 12, 2012, Turkey was the first country to ratify the Convention.

The Council of Europe’s Commissioner for Human Rights Dunja Mijatović defined Erdoğan’s decree an "ill-advised decision", taken in a highly delicate moment for human and civil rights in Turkey. In a recent note, Human Rights Watch said that the government of President Recep Tayyip Erdoğan is dismantling human rights protections and democratic norms on a scale unprecedented in the 18 years he has been in office. In 2019, Turkey saw 474 femicides, and according to the World Health Organization, 38% of women in Turkey are subject to domestic violence.

For this reason, Gariwo launched an appeal to have the opening match of the European Championships refereed by a female referee. This would have been a highly symbolic gesture, broadcasted live worldwide and especially in Turkey, with a powerful impact. After all, the Uefa Commission has already selected Stephanie Frappart, named 2019 best referee by the Globe Soccer Awards, as a support referee among the European Championships referees.

In launching this appeal, Gariwo was inspired by the stories of the Righteous of Sport, a theme that is central to Gariwo’s activity. In 2020, Gariwo published an educational eBook with stories that teach how sometimes sport can "save the world", because the behavior of athletes can positively influence democratic life in our societies. On the social responsibilities of sportsmen and sportswomen, Gariwo has also published "The Charter for Sport", a document signed by hundreds of athletes, sports journalists, and groups of fans. The Charter for Sport is the result of a multi-year study by the Foundation on how individual behavior and choices can change history and save lives, especially in the face of dictatorships and crimes against humanity.

UEFA did not take up Gariwo’s appeal. Yet, many people from civil society, politics, and sport have shared and diffused it through their channels and social media. Even Nicola Rizzoli, Serie A referees’ designator, welcomed the appeal publicly on Vanity Fair. Yesterday’s event originated from Gariwo’s desire to keep talking about gender equality, keeping our eyes open on womens’ rights both in Turkey and in the rest of the world. The event was dedicated to Saman Abbas, the eighteen-year-old woman of Pakistani origins who disappeared near Reggio Emilia, northern Italy, after refusing an arranged marriage.

“In Gariwo, we believe is crucial for us to keep our eyes open on women’s rights”, said Joshua Evangelista. “In such a complex moment for women’s right not only in Turkey but in Europe, we would like to be positive and future-looking, shedding light on what the football system is doing to promote diversity and gender equality”. Gabriele Nissim, Gariwo’s president, added: “I believe that sport enables us to launch messages that could have a real impact on society and that can be turned into solidarity messages for the women whose rights are still violated”. “We need empathy towards those women”, Nissim said, “we need to narrate their stories and make an effort to imagine their condition, sympathizing with them”.

Giovanna Grenga, who promoted the appeal from Gariwo’s Garden in Rome, emphasized the importance of being part of a community in proposing the initiative. Grenga also said that having the opening match of the European Championship refereed by a woman would have been a powerful message, showing that a team of man players could abide by the rules even they are given by a woman.

Cenap Aydin, a Turkish scholar of interreligious dialogue based in Italy, said that Istanbul had a long history of fights for women’s rights and that this is why the Council of Europe chose it to sign the Convention. In today’s Turkey, Aydin said, “we are currently witnessing a generalized violence against human rights”. “There are so many women we have to fight for”, Ayidin said, “journalists and writers who are now in jail, transgender women whose rights are neglected and who are also suffering great violence in Turkey”. Sport, he said, gives us a vision of solidarity, of being part of a family, overcoming our ethnic and religious differences, valuing and respecting the other.

From the context of football, Elisabet Spina, Head of A.C. Milan Women, described the achievements and challenges of female football today. “For years”, Spina said, “our club has been bringing forward activities to fight against discrimination and inequality. Today, women gained space, dignity, and legal protection in football. But there is still a lot to be done, and it is still very difficult for a female athlete to be considered a professional player”. Francesca Gargiulo, a sport psychologist, emphasized the importance, for young women in sport, of having role models to look at, figures that can inspire them. “Sport”, Gargiulo said, “provides young women with a formative and pedagogical opportunity to develop the so-called life skills, which they can use in a wide range of different contexts: it is crucial, then, to give visibility to women in this context”.

Joanna Borella, a sport educator, closed the event by presenting the association Bimbe nel Pallone, of which she is the president. Bimbe nel Pallone is a female football society and school based in Milan, which originated by values of inclusivity and multiculturalism.