Using WE FOR in education: an example

from the Thessaloniki Virtual Garden section 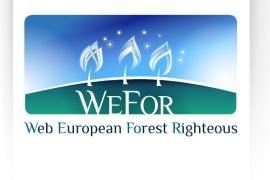 The Holocaust in Thessaloniki: a forgotten history

One of the most tragic episodes of World War Two, the deportation to Auschwitz and extermination of the whole Jewish community of Thessaloniki by a few months, has been totally removed from European history. Research carried out about the episodes in which the Italian Consulate rescued some Jews has uncovered events that need be urgently given back to collective memory.
Honouring the “Righteous” who have helped save the – not only Italian – Jews from extermination does not only mean recognizing the founding value of extreme solidarity gestures for civil coexistence.
It also means to keep faith to another deep imperative: to pay tribute to the victims that no human being has been able to rescue from a tragic fate. This is the current topicality of the “Righteous”: through them we respond to the duty of remembering those the society offended by forgetting them twice: first by abandoning them to their fate and then by no longer remembering them.

- The historical facts
The Jewish community of Thessaloniki, one of the largest and most ancient Jewish communities in Europe, had first settled in the town in significant numbers after the expulsion of the Sephardic Jews from Spain following Isabel’s decree in 1493. It was completely exterminated (up to 98% of 55,000 people) following deportation to Auschwitz between March and August 1943.
Website exhibits: some photogalleries show:
• the town before and during Nazi occupation;
• the Jewish museum;
• the community cemetery, rebuilt in a different place after the war, after the destruction of the ancient one situated downtown in 1942, which is now the seat of the local University. The remnants of the Jewish tombs and steles were scattered around.

- The rescues
Thessaloniki Jews found it very difficult to escape death because their Community was very large and easily recognizable especially for its language, Spanish Ladino, which was popular as the only language of Thessaloniki Jews until a few years before the German occupation. The majority of survivors could get into safety by escaping to Athens, where it was easier to camouflage oneself and hide.
Website exhibits:
• interviews to some survivors telling about their odyssey;
• reports taken from the books/testimony of some of them.

- The role of the Italian Consulate
An important rescue centre was the Italian Consulate, whose officers played a crucial role both in the protection of the Jews of Italian descent and in the rescue of the other Jews, until it was possible to find excuses to assimilate them to the Italian citizens.
Website exhibits:
• original documents of the period (certificates, an autograph diary);
• documentary “The Righteous enemy” with an interview to Consul Guelfo Zamboni;
• the garden trees dedicated to the Italian diplomats (biographies and more further insights such as articles, essays a.s.o.).

- Drafting
Reports and other outcomes of the teaching activity can be sent to WE FOR for publication.

- Collection of the dedications
Dedications “posted” into the Website will be gathered in the specific section of the page dedicated to the garden or the character chosen.

- Connection with other schools
that have worked on the same topic through WE FOR.

- School journey to Thessaloniki
with suggestions to:
• sightsee the places described in the Website (Jewish museum, cemetery), with stops at the old Italian Consulate (a building which is now in a state of neglect) and in Liberty Square where the Nazis summoned 9,000 Jews in July 1942, during the Shabbat, and compelled them to perform gym exercises and undergo other kinds of humiliation;
• meet the witnesses the pupils have already heard of in the videos or testimony collected in the Website;
• sightsee the (commonly known) historical places.