a Righteous among the Nations 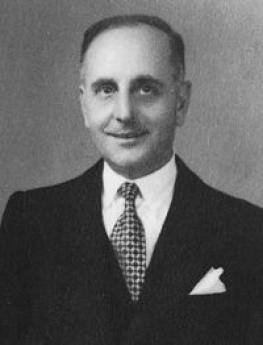 Seveso named the Mulberry Garden in Verona street after Giacomo Bassi, the city clerk who was recognized as a Righteous among the Nations for rescuing a Jewish family in 1943.

Participants to the ceremony held on 23 May 2010 included, among others, Mayor Massimo Donati and Ms. Roberta Miotto, the Chairwoman of the Association "Senza Confini" (“Without Borders”), the event organizer.

FORGED DOCUMENTS FOR THE FLEEING JEWS
The Contentes were a family composed of Israel, his wife Paola and their three children Nissim, Abraham and Sarah. Of Milanese origin, since 1937 they had left their home and evacuated to Canegrate, in the hinterland. In 1943, after the tragic massacre of Jews on the Lago Maggiore, the family tried unsuccessfully to flee to Switzerland. The Contentes returned to Canegrate, and Paola suggested to ask for Mr. Bassi's help. Bassi was a 47-years old city clerk, married with a baby. When he was informed about their situation he took some blank ID cards out of his desk by saying: "Now I'll leave the room for some minutes and by the time I return these documents are likely to disappear". Paola put the documents into her bag and when Bassi came back to the office he said in Carducci street in Milan there was a printer who could forge documents by adding the stamps of a Sicilian town to them and allowing the Contentes to pretend to be refugees from that region. Bassi suggested them to leave Canegrate and settle in San Giorgio su Legnano, the village where he worked as a city clerk.
The Contentes changed their names into De Martino and the man found a shelter for them in a classroom of the local primary school. The family hid inside the institute for 15 months, their daughter even enrolled in the school.

THE EXHIBITION ABOUT GIACOMO BASSI
The small town of Seveso dedicated to this Righteous also the exhibition entitled as "Giacomo Bassi: faith and culture meet the other" staged by class 1A of the Frassati high school inspired by the meeting between the pupils and Nissim Contente, one of the people rescued by Mr. Bassi. This encouraged them to deepen the reasons why the Righteous performed the rescue.
The Exhibition is open upon booking until 30th May. It is possible to hold expositions in the schools. For information please phone +39 3480717814.