Gariwo inaugurates the first Garden of the Righteous in Iraq 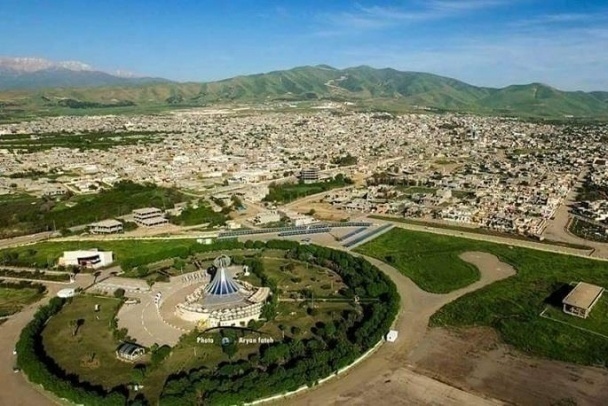 The Garden of the Righteous will born in Halabja, where the genocide of the Kurds perpetrated by Saddam Hussein's troops took place in 1988. On October 18, the inauguration will be held together with local institutions, the university and a network of Kurdish-Iraqi associations. The first Righteous to be honoured in the Garden will be Gino Bartali, Irena Sendler, Denis Mukwege, Raphael Lemkin, Moshe Bejski, Hammo Shero, Wangari Muta Maathai and Alganesh Fessaha. The Garden is part of "Green Halabja", an international project whose aim is to fight against the effects of climate change in the region.

On March 16 1988, during the war between Iran and Iraq, the Iraqi army killed about 5000 Kurds in Halabja using chemical weapons. It was a retaliation against the Kurdish population who, according to Saddam Hussein, did not fight enough against the Iranian enemy. To this day, the attack on the Kurds in Halabja is the largest chemical weapons massacre in human history.

Recognised as genocide by a series of resolutions by the parliaments of Sweden, Norway, the United Kingdom and South Korea, the Anfal - as it is called by its perpetrators - is a page of indelible violence in Kurdish history, which led - between 1988 and 1989 - to the destruction of villages, massacres of civilians (of which Halabja was the most violent) and mass deportations.

According to a UN medical investigation, the hyprite used during the attack caused health and environmental damages that continues to mark this place and the lives of its inhabitants. Even today, after almost 35 years, due to the effects of the chemical attack the inhabitants of Halabja continue to suffer from respiratory diseases, physical malformations and other pathologies.

The nowadays Halabja is facing other huge challenges: about 6,000 refugees coming from the Yazidi areas of Sinjar, and from other parts of Iraq and Syria are currently living in the area. Moreover, just a few kilometres far from the city, over the border with Iran, the Kurds who are protesting for their rights are bloodily repressed.

In this context, Gariwo Foundation will inaugurate the first Garden of the Righteous in Iraq, thanks to the collaboration with the NGOs NWE and Dare.ngo.

The opening ceremony will be held at the Garden (near the Governorate of Halabja) Tuesday, October 18 at 10 am local time.

The event will be attended by the authorities of the Governorate of Halabja, the main cultural institutions of the region and a network of local NGOs. During the ceremony, prominent figures who saved lives during genocides or fought for the defense of human dignity will be honoured with a dedicated tree and a plaque.

The honoured Righteous will be: Moshe Bejski (the man who created the Garden of the Righteous in Jerusalem), Raphael Lemkin (the Polish Jewish jurist who coined the concept of genocide), Hammo Shero (the Yazidi leader who protected hundreds of Armenians during the genocide), Gino Bartali and Irena Sendler (whose actions helped to save thousands of Jews in Italy and Poland), Kenyan environmentalist Wangari Muta Maathai, Congolese doctor Denis Mukwege (2018 Nobel Peace Prize) and Alganesh Fessaha (President of Ghandi NGO).

The following day, on Wednesday, October 19 at 10 am local time the Central Library of the University of Halabja will host a conference about the relationship between the environment and the prevention of future genocides. Joshua Evangelista, Gariwo's head of press office, will present the project of the Garden of the Righteous.

The Righteous were chosen by Gariwo Foundation, the University of Halabja and NWE, a local organisation that fights for women’s rights, assists refugees and promotes environmental awareness campaigns. The choice fell on important figures worldwide who fought for the prevention of genocide, the rescue of migrants and the defense of the environment.

The Garden is dedicated to local figures who saved lives during the 1988 genocides. It is located in a disused area of about 7000 square meters adjacent to the headquarters of the Governorate of Halabja. For more than a year local activists, with the support of Gariwo Foundation, have cleaned the area and planted trees. The Garden is also born with the aim of becoming the green lung of the city, in a region where green spaces are lacking and whose inhabitants suffer for the air pollution and a lasting drought.

The Garden is part of the project "Green Halabja", whose aim is to provide green spaces to citizens and make Halabja the first city "without plastic bags". Dare.ngo, an Italian association that organises humanitarian activities in Iraqi Kurdistan, also played an important role in the development of the Garden.

Since 1999, Gariwo Foundation has been working to spread the stories of the Righteous and to prevent new genocides. Over 150 Garden of the Righteous have been created around the world. In 2012, the European Parliament established the Day of the Righteous, which is celebrated every 6 March.