The cooperative village where Israeli and Palestinians live together 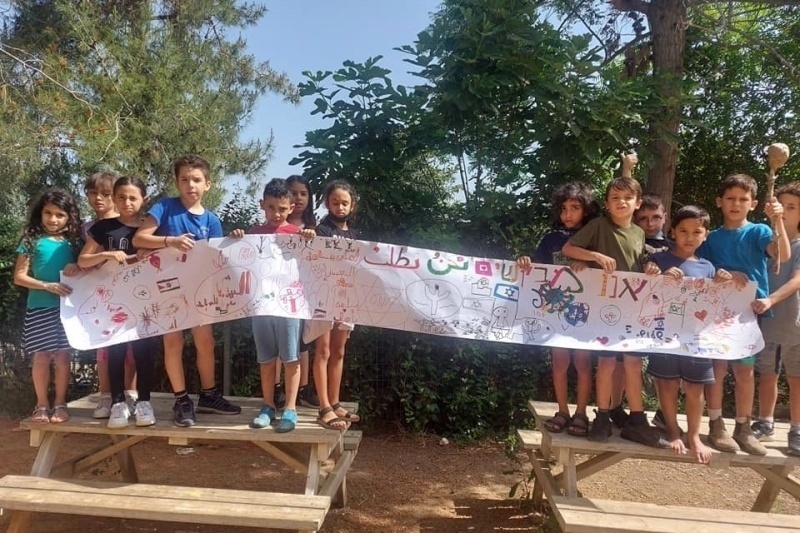 Neve Shalom - Wahat al-Salam "oasis of peace" in Hebrew and Arabic) is an Israeli village inhabited by Palestinians and Jews that rises on a hill, in Israel, halfway between Jerusalem and Tel Aviv. It is a reality of coexistence and reconciliation, born in a land that is devastated by conflicts. Neve Shalom is an intentional community of families (the only one in Israel), half Jewish and half Palestinian, all with Israeli citizenship, who have chosen to live together and have their children studying together. By doing so, this community shaped a concrete model of equal coexistence and opened up to the rest of the country and other realities, both Israeli and Palestinian, working together to build a dialogue. In 2015, the collaboration between the local authorities and Gariwo in Neve Shalom gave birth to a Garden that honors figures of rescuers who have spent themselves for life and human dignity.

Today this village sends a desperate message and one of hope at once, calling for an end to violence. The mayor, Rita Boulos, sent this message to the Italian Association of Friends of Snow Shalom Wahat al-Salam. We copy it below, as it appeared on the Association's social profiles.

"First of all, as we mentioned on Facebook our educational institutions are closed today. This is by government ordinance; all areas that have been affected in the recent missile attacks, up to the northern suburbs of Tel Aviv were required to close.

This does not mean that we are unafraid, because all of us have loved ones in the places that have been affected. For example, my mother, sister, brother and other close family live in the shared Arab-Jewish city of Lydda/Lod/Lid, one of the worst affected towns. The city has suffered both civil disturbances, in which one Palestinian Israeli citizen was shot dead, and, last night a direct hit from a missile from Gaza killed a father and daughter there.

Besides the immediate sorrow and fear for our loved ones, everyone in our village is angry and saddened by yet another outbreak of violence. All of our work is intended to awaken the hope for a better, more equal, peaceful, and safe future for Jews and Palestinians, wherever they live. Every new outbreak in violence provides living testimony that we are very far from such a future. It shows the anger and desperation of people living in an intolerable situation. It shows the lack of concern and lack of political will for change by the leaders. It highlights the racism and hatred that are prevalent on the ground.

We are horrified that innocent people, like those three victims in Lydda, are so often the ones that pay the price of these political, educational, and moral failures. The biased and one-sided way in which the events are reported only increases the level of violence and wish for revenge.

Last night, as we heard the explosions and watched from our balconies the missiles fall on Lydda, Ramle, and all the central region, I had to tell my three-year-old granddaughter that these were only fireworks. The children at our primary school are too old for such stories, but they are too young to understand. In the school, the teachers led careful discussions so that they could express their feelings.

Our regional council, which has a small minority of Palestinian villages, asked representatives from all its localities to sign a statement calling for calm between its Jewish and Arab citizens, and we signed it too, despite misgivings. In the background of the current conflagration, there is a felt danger that relations between Jewish and Palestinian citizens within Israel itself will break down further, as we have seen in Jerusalem, in Lydda, and other places. A lot will depend on the restraint shown not only by citizens but on the part of the police and security forces, which have been acting with insensitivity and heavy-handedness. Yesterday, for example, while people were sitting to mourn the death of the young Lydda resident who had been shot by a religious settler, the police dispersed the mourners with smoke and stun grenades.

The current violence is only the latest result of prolonged and simmering tensions, that without a political and integral solution, were bound to erupt. Yet we condemn the violence from both sides.

To our friends around the world, our message is first to call for an immediate halt to the violence. Although it is apparently the Israeli side that wishes to continue with its campaign, international pressure needs to be applied wherever necessary in order to bring about a ceasefire.

A ceasefire will prevent the immediate loss of life and the suffering of many innocent people. It will not prevent the next round of violence or the steady deterioration towards a chronically untenable situation where neither Palestinians nor Israelis will be able to live here in peace and security.

In Wahat al-Salam - Neve Shalom we will continue to fulfill our role of educating for peace, and providing an example of an alternative shared and equal society between Jewish and Palestinian citizens.