for the murder of the reporter in 2006 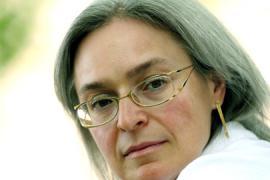 A Moscow court sentenced five men for the murder of Anna Politkovskaya, the Russian reporter who was assassinated in 2006 at the entrance of her home for documenting the horrors of war in Chechnya. They are a group of "Chechen brothers" one of whom, Rustam Makhmudov, according to the judges has pulled the trigger. With another accomplice, Mr. Makhmudov might face life in jail.
Three others had already been tried in 2009, but they had been acquitted.
Politkovskaya was honoured in Milan with a tree in the Garden of a Righteous. Her articles had become internationally visible and well-known for the accuracy of her reports about the abuses committed by the Russians in Chechnya. The masterminds of her murder remain unknown.
On 5 June a tree in honor of Anna Politkovskaya will be planted on the occasion of the inauguration of the Garden of the Righteous of Warsaw.