they will be honored on the Day of the Righteous 2023 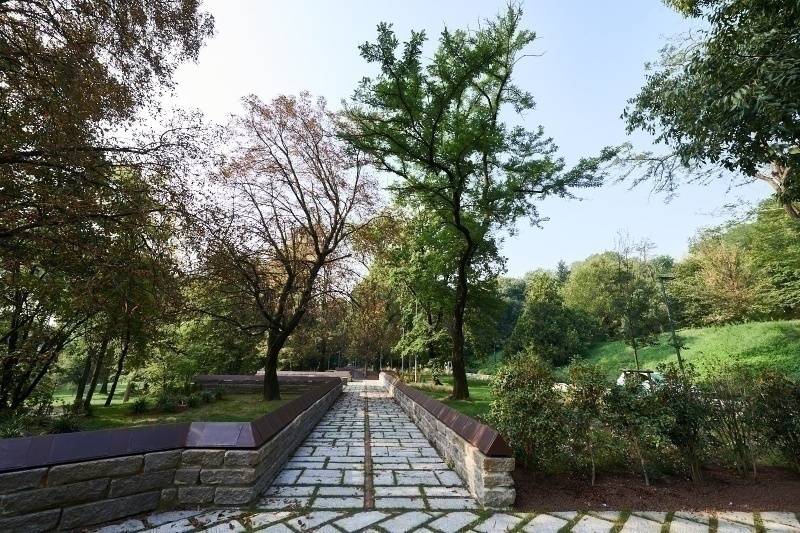 The Committee of Guarantors of the Association for the Garden of the Righteous in Milan, of which Gariwo and the Municipality are part, ratified the choices expressed by the Assembly regarding the theme and the figures for the celebrations of March 6, 2023 at Garden of the Righteous of Monte Stella in Milan: "Saving humanity in humankind. The Righteous and personal responsibility".

The new Righteous are: Gareth Jones, Alfreda Noncia Markowska, Hersch Lauterpacht, Akram Aylisli. As every year, the ceremony will be held at Monte Stella Garden as part of the celebrations for the Day of the Righteous of Humanity on March 6, 2023.

The approved figures are:

"An anniversary that, in the historical moment as we are living, with Europe and the world tormented by wars and intolerance, takes on a value that is not only symbolic," - comments City Council President Elena Buscemi. - Unfortunately, we still have a great need for Righteous who inspire society toward the development of peace, respect and tolerance. The lives and struggles of the new Righteous who will honoured in March at Milan's Garden are examples of sacrifice in the name of freedom, truth and respect for peoples."

Gabriele Nissim, president of the Gariwo Foundation and vice-president of the Association for the Garden of the Righteous, explains the reflections that led the Assembly to propose these four figures as Righteous to be honored: "On the 20th anniversary of the Garden of the Righteous in Milan, we want to send a strong and clear message to the whole country: the example of the Righteous teaches us, on the one hand, to fight every day against hatred and the culture of the enemy, which often run through the public debate; on the other, to defend the truth against the lies of totalitarianisms and autocracies that still bloodshed the world today."

Here the brief biographies of the Righteous

Gareth Jones. A Welsh journalist, he was the first to document the Holodomor, the genocide by starvation perpetrated by the Soviet regime against the Ukrainian population in the years 1932 - 1933. He visited villages devastated by food shortages without any escort, entered areas then barred from international gaze and wrote down everything he saw. He also convened a press conference in Berlin to denounce the brutal consequences of Stalin's policies but met with Western indifference and Soviet censorship until his mysterious death.

Alfreda Noncia Markowska. Polish ethnic Roma originally from Stanisławów. During World War II all the members of her tribe, over 80 including many children, were exterminated by the Nazis and piled in a mass grave within hours.  From that day on Noncia had a mission: wherever there was a massacre, of Roma or Jews, she would try to bring as many children to safety as possible. In this way she saved more than fifty.

Hersch Lauterpacht. A jurist born in Zolkev, now in Ukraine, to a Jewish family, he devised and published in 1945 An International Charter of Human Rights, a pioneering piece of writing that argued for the need for a treaty protecting basic human rights and inspired the United Nations Charter signed in San Francisco in which the first explicit mention of "basic human rights" was made. Lauterpacht was a key player in the Nuremberg trials, where he fought for the urgency of protecting individuals within collective tragedies and judging personal responsibility in the face of inhumane orders.

Akram Aylisli. An Azerbaijani writer, his works have been translated worldwide. In 2013, after the publication of the novel Dreams of Stone, about the pogroms carried out by Azerbaijanis against Armenians in Sumgait and Baku, Azerbaijani President Aliyev signed a presidential decree depriving Aylisli of the title "People's Writer." His books were burned by the Azerbaijani intelligentsia, his son and wife were fired from their respective jobs, and a "bounty" of about $13,000 was promised for anyone who cut off his ear. In 2016 Aylisli was stranded at the Baku airport where he was supposed to embark for Venice. Since then he has been living in Baku in a kind of forced domicile and is not allowed to leave the country.

The Committee also approved the nominations received by the Association for the Righteous reported by civil society. Once again this year, in fact, reports came in from citizens and the world of associations of exemplary figures whose stories will be remembered at ceremonies marking the Day of the Righteous.

Their biographies are available here