they will be honoured on the Day of the Righteous 2021 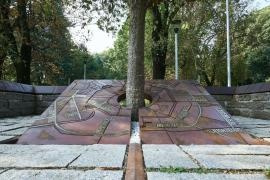 The approved figures are:

Liu Xiaobo and Liu Xia
Liu Xiaobo, professor, writer, literary critic, was the first Chinese to receive the Nobel Peace Prize in 2010. Author of "Charter 08", the manifesto inspired by Havel's Charter '77 calling for the establishment of an authentic democracy in China, characterized by the separation of powers, the end of the one-party dictatorship and the creation of a federation to protect the rights of minorities, Liu Xiaobo was arrested and sentenced to 12 years in prison. In 2010, his wife Liu Xia, a painter, was placed under house arrest to prevent her from spreading her husband's testimony. She was also forbidden to support herself economically, which will also lead her into a serious state of poverty. Despite all this, Xia never denied her husband and his thoughts.

Dag Hammarskjold
Born in Sweden, second Secretary General of the United Nations since 10 April 1953, he was the only Secretary General to die in office: his plane crashed on 18 September 1961 in Ndola (today Zambia) - in an episode whose causes will never be fully clarified - during a mission to resolve the Congolese crisis. In that year he was awarded the Nobel Peace Prize posthumously, "as a sign of gratitude for all he has done, for what he has achieved, for the ideal for which he fought: to create peace and magnanimity among the nations and men”.

Carlo Urbani
Italian doctor, he was the first to identify and classify SARS. Active since his youth in humanitarian operations, with Doctors Without Borders he works in Cambodia during the Khmer Rouge regime to control endemic diseases among the local population. In 2003 he was contacted by the hospital in Hanoi to visit a businessman suffering from atypical pneumonia. Urbani was the only one who understood that man was facing a new disease: thus he raised the alarm to the government and the WHO, managing to convince them to adopt quarantine measures. Affected by the disease himself, he died after only two weeks, demanding that the tissues of his lungs would be used for research. According to the WHO, his anti-pandemic method still represents an international protocol to combat this type of disease.

Ruth Bader Ginsburg
Passed away in 2020 at the age of 87, she has been a US Supreme Court Justice since 1993, the second woman in American history to hold that office and the first female member of the Jewish community to serve on the Court. Deeply convinced, as a woman and as a magistrate, of equality among human beings, she was a tenacious advocate of equality between men and women and made a great contribution to the affirmation of women's rights in the United States. Born in Brooklyn on March 15, 1933 to Jewish parents, she has always declared that her Jewish identity and the texts read during her training had inspired in her a sense of empathy for other minority groups.

The Committee also approved the candidacies received by the Association for the Virtual Garden of Monte Stella, the digital space hosted on Gariwo's website that ideally expands the size of the Monte Stella Garden. They are: Eugenio Damiani, Alessandro Cofini, Giorgio Paglia and Maria Lucia Vandone, Maria Mascaretti, the Sopianac family, Erich Eder, Maurizio Lazzaro de 'Castiglioni and Susanna Aimo.