New Righteous at the Virtual Garden 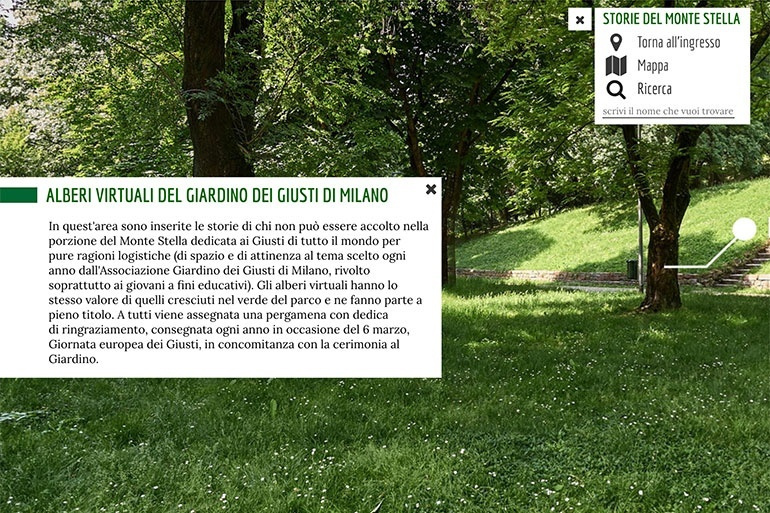 March 5, 2021, 3.00 pm
Live YouTube streaming from the Garden of the Righteous in Milan (only in Italian language)
Delivery of the parchments to the honoured Righteous at the Virtual Garden
In compliance with the anti-Covid rules, the ceremony can only be followed in streaming on the Gariwo YouTube page

The Association for the Garden of the Righteous in Milan (made up of the Municipality of Milan, Gariwo and UCEI) organizes the streaming ceremony for the delivery of the parchments dedicated to the eight new Righteous at the Virtual Garden of Milan Monte Stella on March 5 at 3 pm. The Virtual Garden is the space created in 2017 on Gariwo.net to receive reports and testimonies from citizens on forgotten or unknown figures worthy of being remembered.

The parchment delivery ceremony, during which the reasons for the choice of each Righteous will be read - in the presence of a representative -, will take place at the Ulianova Radice Amphitheatre of the Garden of the Righteous after the institutional greetings of the representatives of the Association for the Garden of the Righteous in Milan. There will be Lamberto Bertolé, president of the Milan City Council, Giorgio Mortara, UCEi vice president, Pietro Kuciukian, Honorary Consul of Armenia in Italy. The ceremony will also see the intervention of Senator Liliana Segre, who has proposed one of the nominations of the Honoured Righteous.

They will therefore be honored Eugenio Damiani, together with his family transformed his house - "Casa Damiani" - into a fundamental meeting point for opponents of the fascist regime; Alessandro Cofini, despite the constant risk of arrest, with the help of the brothers Armando, Enrico and Giuseppina and her stepmother Berardina, he hosted the Jewish family Nathan in his home, saving them from deportation; Giorgio Paglia and Maria Lucia Vandone, anti-fascists, they generously engaged in the struggle for the country's freedom in the 1940s. At the risk of their own lives, they saved some Jewish children from persecution; Maria Mascaretti, she hosted Jews fleeing deportation in her own home and, as deputy head of the registry office of the Municipality of Voghera, she removed the tags corresponding to adult Jewish citizens from the registry file, thus trying to save them; The Sopianac family, owner of an oil refinery, in 1941 they used the premises of their own company located near Zagreb, in Sveta Klara, to hide Jews after the enactment of anti-Jewish laws; Erich Eder, commanding officer of the Wehrmacht on the Italian front in Mombaroccio, he discovered the presence of several Jews in the convent of Father Sante Raffaelli but decided to violate orders and not arrest any Jews; Maurizio Lazzaro de’ Castiglioni, during the Second World War he distinguished himself for the initiatives to protect the Jewish community. Commander of the Pusteria Alpine Division, in February 1943 he had his soldiers intervene in Savoy for the release of a hundred foreign Jews locked up by the French police in a barracks in Annecy; Susanna Aimo, working as a housekeeper for the Segre family since the early twentieth century, a faithful and honest person, she remained at the service of the family even during the years of persecution against the Jews, despite the prohibition of the authorities. She was ready to sacrifice herself for every member of the Segre family.