"My Righteous deed has changed my life" 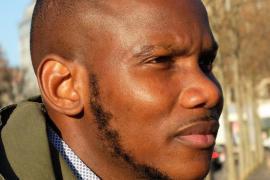 Lassana Bathily is a young Muslim who, on 9 January 2015, during the Paris attacks, rescued the Jewish customers of the shop where he worked from the fury of the ISIS terrorists. From there on he has become a French citizen, he has founded an anti-radicalization NGO, and he was honoured in several different cities, including at the Garden of the Righteous of Vercelli, where Gabriele Nissim, Gariwo chairman, has recently met him. On 14 March 2017 also Gariwo, Milan City Hall and the Union of the Italian Jewish Communities will honour Lassana Bathily by planting a tree in his honour in the Garden of the Righteous of Monte Stella Hill, in the presence of citizens, pupils, journalists and the institutions.

On 7 January 2017, Lassana told about himself in French portal France Info. The 26 years old boy keeps on declaring he is "no hero" although he bears on his shoulders the weigh of having become "the symbol of a brotherly France" demonstrating united against terror.

The news about his rescue of the six Jewish customers of the Hyper Cacher supermarket spread all over the country. Sometimes it caused him some problems, like when some people came to his neighborhood with a picture of his asking about his whereabouts, with a far little well-meaning attitude.

But in general, his Righteous deed changed his life for the better. People stop him on the street, ask him to have selfies with him. Young people ask him such questions as for instance: "We always hear about Muslims who kill, but you instead rescued human lives. What should we think?"- Questions, which Lassana answers "The terrorists do not even know about the Quran, neither they fight for religion, but rather they do so for their own interests, as religion does not order to kill, but to protect life".

The President of his country of origin, Mali, Ibrahim Boubacar Keita, told him: "With Coulibaly our flag has fallen. You raised it again". François Hollande personally naturalized him giving him the French citizenship

Bathily, then, although he realized as now the majority of the French, that the whole world is under attack, is optimist for his adoptive country: "There are many people who are responding, who keep on going out... we are getting out of this situation".