Association for the Garden of the Righteous 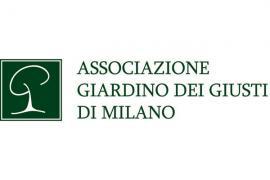 Logo of the Association

"Milan, 13th November 2008 - Official birth of the Association for Milan's Garden of the Righteous, the first one in Italy and the fourth one in the world after Jerusalem, Yerevan and Sarajevo. The signature of the Statute before the notary in the presence of Mayor Letizia Moratti, of the President of the City Council Manfredi Palmeri and of the other founding partners (the Gardens of the Righteous Worldwide Committee chaired by Gabriele Nissim and the Union of the Italian Jewish Communities represented by Leone Soued) legally recognises the place on the Monte Stella hill where the first four trees dedicated to Moshe Bejski, Pietro Kuciukian, Svetlana Broz and Andrej Sacharov have already been planted.
Milan City Administration will take part into the Association's assembly with Mayor Moratti and President Palmeri who will also chair the Guarantors' Committee and be in charge of identifying the dedications of the trees and the memorial stones.

“The Garden of the Righteous – said Mayor Letizia Moratti – is a place of remembrance and responsibility for Milan, which is the town of dialogue and respect towards all religions. This is an important day: the Garden will remain as the memory of all genocides, a symbol, a beacon for all those who suffered and are suffering in the world”.

“Starting from 27th January 2009, Remembrance Day, – announced the President of the City Council Manfredi Palmeri, – we will dedicate new trees to new Righteous of ours. This is a historic day that Milan had long waited for: as promised, we succeeded in making a will which had remained unfullfilled for too long a reality. We bestowed legal status and new working tools on a place in which we cultivate good, a place devoted to men and women who said 'no' to the absolute evil by the very example of their words and deeds".

“We bring out the memory of good and of all deeds based on individual responsibility face extreme evil – explained the Chairman of the Gardens of the Righteous Worldwide Committee Gabriele Nissim. To the Committee of the Guarantors we will propose five dedications: to the Italian Righteous who rescued the Jews during the second world war, to the Russian journalist Anna Politkovskaja, to the Turkish intellectual of Armenian descent Hrant Dink, to the human rights activist in Bosnia and Herzegovina Duško Kondor and to the diplomatic representative to Rwanda Pierantonio Costa, who rescued nearly 2,000 people, 375 of whom were children”.

“The Association, born thanks to the commitment of the Mayor, the President of the City Council and Gabriele Nissim - commented the President of Milan's Jewish Community Leone Soued – becomes a heritage and a living memory of our town so that we recognize and remember the merits of brave people who, in many cases, paid the ultimate price for their quest for other people's freedom”.