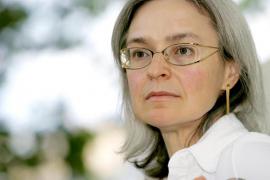 Anna Politkovskaja was killed in Moscow on 7 October 2006.
In her articles for Novaja Gazeta, Anna overly condemned the Russian government for human rights violations both in Russia and Chechnya. This cost her many threats and, in the end, her death.

On the very anniversary of this murder a verdict of the Strasbourg Court formally acknowledges the truth for which Anna struggled. For the first time the Russian authorities have in fact admitted violating human rights – in detail, they admitted the unjustified use of force on their side and their own inability to run an adequate inquiry on those events during the military operations in Chechnya, and they were thus sentenced to pay a considerable compensation to the victims and their relatives.

The court dealt with a single episode, the attack to the village of Aslandek Sheripovo in February 2000 – during the second war in Chechnya -, but the verdict can set an important precedent in the dispute with the Russian state.

The situation in Chechnya remains difficult and there is much left to do. This is the opinion of Ahkmed Zakayev’s, former guerrilla man, now Chechen leader escaped to London.  In an interview to Oslo Freedom Forum he said that nothing in the country has changed over the past 15 years.
“We are subject to a brutal and bloody occupation – explained Zakayev – and nothing will change unless Vladimir Putin changes his stance, also towards all other republics of Northern Caucasus”.

The key issue, in the opinion of the Chechnyan’s leader, is the denial of the basic human rights to all citizens of all these territories, who are barred from electing their own leaders, professing their faith, keeping their alphabet or freely expressing their opinions. “This problem - said Zakayev – let a resistance movement develop and turned a political conflict into an armed one”.

The man, who is a friend of Anna Politkovskaja’s, defends himself from the charges of complicity in the terrorist attacks occurring in Chechnya. “Attacks have always been run by the Russian secret service, and we have evidence of this – he said. Anna Politkovskaja wrote about this topic and was murdered, as all others who have told the truth”.
The reference is to all those who died in Russia for defending human rights and witnessing to the regime’s abuses.

A tree in the Milan Garden of the Righteous Worldwide was dedicated to Anna Politkovskaja in 2009, in the presence of her daughter Vera. In Milan inauguration in 2013 of a garden dedicated to the Russian journalist.
There are several awards dedicated to her. This year’s winner of Anna Politkovskaja prize was Congolese Chouchou Namegabe, radio journalist who has coordinated the Women’s Association of South Kivu that deals with the professional growth of journalist women and the technological alphabetization of the young women.