We have made it!

the European day of the Righteous will take place! 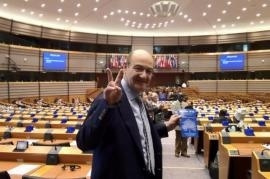 We have received the official confirmation from Brussels: we exceeded the 378 signatures necessary to establish the European day in honour of the Righteous, i.e. those who have rescued lives and defended human dignity during genocides and totalitarianism. The approval of Written Declaration n. 3/2012 promoted by Gariwo is a milestone, because it is the first Declaration by the European Parliament in the field of genocide prevention.  “From now on the concept of ‘Righteous’, born to remember those who have rescued the Jews from Hitler’s ‘final solution’, becomes a shared value of the whole humankind – said MEP Gabriele Albertini – The European Parliament has overcome four kinds of objections: from those who do not recognize Soviet communism as a form of totalitarianism and refuse to consider the lager alongside with the gulag; of those who, not to undermine their relations with Turkey, would like to ignore the massacre of the Armenians; of those who think that considering the Holocaust alongside the other horrors of the Twentieth century might lead to diminish it; of those who have criticized the exclusion or incluion of that genocide or massacre or another.”