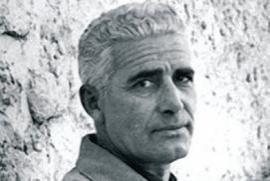 We first met Robert Satloff, executive director of the Washington Institute for the Middle East, in 2008, when he had just published Among the Righteous. Lost stories from the Holocaust's long reach into Arab lands. In this original work, Satloff explores the topic of the Arab Righteous, i.e. the people who under the Nazi and fascist occupation of North Africa went to the rescue of the persecuted Jews selflessly and risking their own lives. For European Day of the Righteous we asked him about the historical value, as well as topicality, of this issue of the Arab and Muslim Righteous.

Who are the Righteous in the Muslim world? Would you like to mention some?

In the context of the Holocaust, “Righteous” are those non-Jews who — selflessly and with no personal benefit — rescued or protected Jews from Nazi or fascist persecution during World War II, often facing considerable risk, including risking their life, in the process. Yad Vashem, Israel’s official Holocaust memorial, has recognized more than 25,000 Righteous, of whom approximately 60 are Muslim, including Bosnians, Albanians, Turks and an Egyptian. Other prominent institutions have honored Muslims not recognized by Yad Vashem. These include the Anti-Defamation League, which recognized Khaled Abdul Wahab, a Tunisian, and the Simon Wiesenthal Center, which honored Abdol Hossein Sardari, an Iranian. A 2011 French motion film titled “Free Men” tells the story of Si Kaddour Benghabrit, the rector of the Great Mosque of Paris, who is responsible for rescuing dozens of Jews facing Nazi round-ups.

You wrote you started dealing with the Arab Righteous after 9/11, because the smoke of the Twin Towers let you think of the Auschwitz chimneys. What is the link between terrorism and Auschwitz?

Auschwitz was the greatest act of state terrorism in the history of mankind; nothing can compare with Auschwitz in its scope, barbarity and evil ingenuity. The connection in my mind was triggered by being in Manhattan on September 11 and seeing the smoke billowing forth from the fallen towers, knowing that in that smoke lay thousands of innocent people murdered by adherents of a fanatical ideology. Like the Nazis, the radical Islamist terrorists used the most cutting-edge technology of the day — in this case, modern jet aircraft — to kill as many people as swiftly and efficiently as possible. That is what triggered the connection in my mind and set me off on a path to ask about Muslim, especially Arab, understanding of the Holocaust and ways in which non-Arabs could engage Arabs on this issue. That is what led me to pose the question “Did any Arabs save any Jews during the Holocaust?” In retrospect, it may seem a circuitous route to simple question but that is precisely the thought-process I went through the afternoon of September 11.

To which stage is the procedure for the recognition of Khaled Abdul Wahab as Righteous among the nations?

Yad Vashem’s Commission on the Righteous convened twice to evaluate the recommendation that Khaled Abdul Wahab receive recognition as a “Righteous” — in 2007 and in 2011 — and on both occasions the proposal was rejected. Yad Vashem’s explanation was that Khaled’s action did not meet the institution’s criteria for risking his life to protect Jews. This is despite the quite flexible interpretations of that criteria in numerous past cases and despite eyewitness accounts that Khaled personally confronted a German officer threatening the life of young Jewish women and feared so much for the safety of the Jewish women hidden on his property that he hid them and had them remove their “Stars of David.” I believe, however, that this historical wrong will eventually be corrected and that, one day, Yad Vashem will recognize Khaled’s heroism and extend its Righteous recognition to him.

Are there other cases of Arab Righteous which have been submitted to Yad Vashem?

In 2013, Yad Vashem extended Righteous recognition to an Egyptian doctor, Muhammad Helmy, who was honored for saving a Jewish family in Berlin in 1941. He was the first Arab so recognized, though for deeds performed in Europe, not in the Arab world. Regrettably, Dr. Helmy’s family has so far refused to accept the recognition.

What is the situation of Muslim immigrants like now in America?

Muslims have a long history in the United States, not all of which is happy. Many of the earliest Muslims came as slaves from Africa and were denied the ability to practice their faith on southern plantations. In recent decades, however, Muslim immigrants have tended to come to America to seek freedom, often from lands where they are oppressed. Historically, it was complicated to speak specifically of Muslim immigrants, as opposed to immigrants based on geographical origin — immigrants from India, Levant, sub-Saharan Africa who may happen to be Muslim. In general, however, one can say that Muslim immigrants are among the best integrated immigrant groups in American society, with high degrees of educational attainment and professional achievement. This is neither uniform not universal, of course; there are pockets of alienation and radicalism in some Muslim immigrant communities (e.g., Somalis in Minnesota). However, compared to Muslim immigrants in Europe, the American experience is a positive success story. Separately, any discussion of Muslims in America must include a large chapter on Muslim convert communities, as a substantial proportion of American Muslims converted into the faith, particularly black Muslims.

Are there any US citizens who enlist in IS and why?

Senior American officials say that more than 20,000 foreigners have traveled to Syria and Iraq to fight for ISIS, among whom are about 150 Americans. This number, therefore is less than 1 percent of all foreign fighters, but it is disturbing, nonetheless. Explaining why these young people give up their relatively comfortable American lives and their extensive American liberties to join the ISIS death cult is complicated. Experts say there are usually multiple reasons — ranging from adherence to radical jihadist ideology to a search for youthful independence and adventurism to a total ignorance of the reality of life under ISIS rule.

How can this be prevented?

If there are many causes for ISIS enlistment, then preventing it has many aspects, too. Early detection of growing interest in radicalization is key. Stopping access to online radicalizes is important. Engaging with local communities to identify and work with at-risk youth is vital. And taking aggressive law enforcement measures to stop travel to ISIS conflict zones is essential.

What do you think about the controversy about the alleged relationships between Saudi Arabia and Al Qaeda? Could it impair the anti-IS coalition/effort?

Stories about alleged relationships between certain wealthy, influential Saudis and the terrorists of al-Qaeda are not new; they have circulated for years. Indeed, the idea that al-Qaeda received funding from Saudi donors would not be surprising, given the allegiance of certain Saudis to a fanatic brand of Islam that is not too distant from the al-Qaeda ideology. What is more important today is whether there remains any support for al-Qaeda, ISIS, Nusra Front, Boko Haram or any of these likeminded jihadist groups among Saudi patrons and whether Saudi Arabia, as a government, uses the full force of the state to prevent such connections and to fight against the jihadists. At the moment, there appears to be no negative impact on the anti-IS coalition effort by the recently-resurrected stories of Saudi patronage of al-Qaeda.