"The Righteous will help Bosnia" 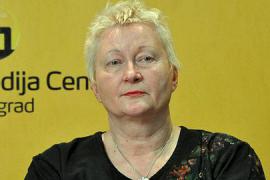 The Chairwoman of Gariwo Sarajevo and author of books about the "good people in an evil time" and the subject of civil courage outlines the importance of the European Day of the Righteous for Bosnia and the Balkan regions. Among other things she tells us about the moral examples in the former Jugoslavia, civil courage and the project to create a Garden of the Righteous in Sarajevo.

What is the importance of the EU Day of the Righteous for Bosnia?It’s extraordinarily important that the European Parliament made such kind of decision according to the request of the citizens of Europe and in Bosnia it is especially important because in Bosnia and Herzegovina there are so many tough nationalist orientated politicians who don’t like the idea that we should greet people who belong to other ethnic groups. That’s why this  kind of European Parliament decision will become the obligation for the politicians in Bosnia and Herzegovina who support this idea that you don’t have a choice to pay the tribute to all those human beings who risked their lives or risked very much while they were protecting those who were unfairly persecuted because of their different ethnicity or different faith in the war 1991-1995.Maybe it will become possible to create the Garden of the Righteous of Sarajevo now!The branch office of Gariwo in Sarajevo will do our best to persuade the politicians about the necessity to create the Garden of the Righteous in Sarajevo city as a symbol for the suffering of the town during the siege and during the war. Oh, well, I hope that in the next months after such kind of European Parliament decision we will have a better chance to convince the politicians and to create this very important Garden and Memorial for all those who rescued human beings in Bosnia and Herzegovina during the war and even in the area of Balkans, why not? Read the whole interview in the box below.