Now the draft is set for discussion before the Senate 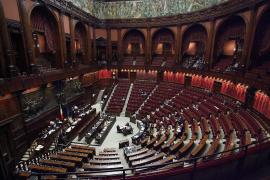 On 26 July 2017, Italy's Chamber of Deputies passed the draft bill for the establishment in Italy of a Day in memory of the Righteous of the humanity.

Gariwo wishes to thank those who have believed in this from the beginning, starting from Milena Santerini and Emanuele Fiano, respectively the promoter and the speaker of the draft bill, who since 30 January 2014 – the day when the draft was presented – are committed to obtain the highest degree of consent among the political forces in the Parliament.

By this bill, which now is set for discussion before the Senate, our country will officially support the Day of the Righteous – 6 March, established by the European Parliament on 10 May 2012.

"With the legislative approval of the draft bill, the Parliament wrote a beautiful page about human rights – commented Milena Santerini, Democrazia Solidale-Centro Democratico(Concerned Democracy – Democratic Centre). Remembering those who, even under the most difficult and inhumane circumstances, have taken up personal responsibility to respond to the crimes against humanity and totalitarism, is a dutiful act for our country. The Righteous are those who, during genocide or mass murder caused by ideologies and the different forms of totalitarianism, have defended dignity and rescued human lives also risking their own. Reviving and renewing the memory of these examples can teach young people about the importance of feeling responsible, in the first place, for the rescue of the weaker. Their remembrance – which shall be marked every 6 March – calls back everyone of us to the commitment to democracy, the struggle against racism and intolerance".

“The courage of even just one human being can make the difference between good and evil: this is the unerasable message the Righteous worldwide have passed on to us. This message should not get lost and should on the contrary be renewed and popularized”. These are the words contained in the draft bill, which aims at promoting teaching experiences to tell the younger generations that it is always possible, also in the most adverse social context, to defend human dignity against injustice.

“The example set by the Righteous – wrote in September Gabriele Nissim, Gariwo chairman – enables us to reconnect the common condition of human beings. The message is in facts very strong: under any circumstances it is always possible to take up responsibility. Situations are different now, but human beings always have in themselves a hidden potential for standing up against evil”.

This is also the core of the Charter of Responsibilities 2017, the manifesto proposed by Gariwo to reaffirm the value of plurality against the culture of hatred, through a cultural pathway, which is accompanying the passage of the draft bill in the Parliament.

"The approval of this bill, after the institution of the European Day of the Righteous in 2012, is a great result for Gariwo and for those who are committed to the memory of the Good in Italy and in the world - declares Gabriele Nissim -. Today remembering the Righteous of the past together with those of our time has a great moral significance for the difficult times we live in. In the face of wars, terrorism, climate change, immigrants emergency, dangerous nationalisms, we need right men who, without thinking about power and fame, take responsibility for a better world and be an example for new generations. The message of the Righteous is very simple: every man can make a difference and, insofar as he can, guide history in a better direction".