The European Day of the Righteous in Sarajevo 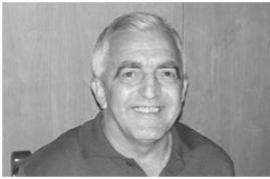 Dusko Kondor. The celebration in Bosnia on March 6th will be dedicated to him.

Gariwo Sarajevo, the non-profit association under the leadership of Svetlana Broz, assigns the Dusko Kondor award for civil courage every year since 2007, in memory of a collaborator who was assassinated seven years ago for testifying about a massacre of Muslims that had occurred in the vicinity of his home during ethnic cleansing in the Balkans.

This year, the prize will be assigned on March 6th in the presence of 2,500 students from all around the area, for the European Day of the Righteous. Broz, cardiologist and author of the book Good People in an Evil Time , in which she speaks about the rescues during the ethnic conflict of the former Yugoslavia, shares her thoughts for the European Day of the Righteous in her country.

Doctor Broz, recently the New York Times published a report of Marco Bastianelli that speaks of a Bosnia where everyone is obsessed with the past and even the question “How old are you?” can reopen painful wounds of the war. What do you think?

No matter how big or profound the evil, we must focus our lives on the good. For this, it’s important to honor the Righteous who displayed courageous behavior during the ethnic cleansing. We educate the youth about civil courage and fighting those who abuse the trust and human rights of the people.  The Righteous of the recent war are the best examples for the new generation, because they show that we can always make a choice, say yes or no, even in the face of evil, like Hannah Arendt wrote about many times. There are people in the past who have sacrificed their lives to save others of other ethnicities, and today their examples can teach us how to live together.

Are you planning something for the 6th of March?

Gariwo Sarajevo, for the seventh anniversary of Dusko Kondor ,  dedicates the award to his name and rewards civil courage. This year, the ceremony will occur on March 6th, during the European Day of the Righteous. There will be a great manifestation with eminent politicians of both Bosnia and other nations. We will honor the Righteous, speak of human rights, and assign the award of Kondor in front of 2,500 students from all over the Balkans.

What do you think about the rejection of Mladic’s court in The Hague?  Do you think the process will succeed or fail?

We have 20 years of experience with these tribunals. They are important for the past and present. During the last two years the decisions have been difficult to understand. Due to this, I feel ambivalent towards the justice for the crimes committed in Bosnia.

This year’s ceremony in Sarajevo will take place March 6th, at 12, at the Center of Bosnian Culture in the presence of students, citizens and some of the most eminent authorities of both Bosnia and other nations. Those awarded will be Milan Levar – posthumously, Vlado Trifunović, Asmir Fatkić e Višnja Marilović.  The award for Affirmation of Civic Courage will be given to Milan Popović.