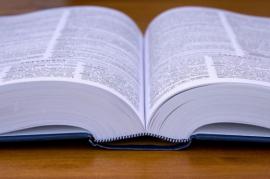 Halter suggests to introduce the Righteous into all school programmes

Gariwo talked to Marek Halter, the French writer and activist who launched with us the European Day of the Righteous in 2010 at Corriere della Sera Foundation. A discussion arose that lead the both of us to a better understanding of some issues. First of all Halter said: “Congratulations to Gabriele Nissim for his commitment and for realizing the project”. We asked the co-founder of SOS Racisme what he would to do convenably celebrate the Righteous on 6 March. “With Robert Parienti we had talked about setting up a Foundation for the Righteous which could run educational programmes in the schools of all EU member States, as well as help the Righteous that still ravage many countries in the world. We would have held this initiative in Brussels, a symbolic place, or also in Berlin, with the Symphonic Orchestra of Daniel Baremboim. Actually Nissim prefered a country by country approach”.


As a matter of facts an event will be held in Brussels: Gariwo chairman Gabriele Nissim will speak with Israeli President Shimon Peres at the European Parliament, and with Bulgarian Prime Minister Boryssov they will remember on EU Day of the Righteous the deeds of Dimitar Peshev, which allowed the rescue of 48,000 Jews from deportation. Maybe Halter decided to focus more on French events than on the initiative launched in Italy? “Not at all”, ensures the writer born in Poland.


“I have already suggested the French Minister of Education Vincent Peillon to introduce this subject into all school programmes in France”. So is it possible to do something for 6 March in France? “& March is not a date involving the commitment of our politicians. Here we eill commemorate on 19 March the victims of the Toulouse massacre, in which an Islamist terrorist killed some Jewish children. More in general, in the field of human rights you have got to have a strategy, and two event quickly following one another cannot mobilize neither the people, nor the media nor consciences”.


Has hence Gariwo initiative fail in France, although we have also planned initiatives such as a commemoration of Václav Havel on 6 March in Prague with a reflection on human rights in the Czech Republic which has seen the birth of such Righteous people as the author of The power of the powerless and Letters to Olga? “Not at all. These are very good initiatives. We, too will certainly organize an event about the Righteous after holidays. To show that the issue of the Righteous doesn't affect the Jews only we have already started a tv broadcast where we have invited singer Corneille, a Tutsi refugee from Rwanda, and the famous singer Charles Aznavour, who is the son to people who have flown the massacres of the Armenians in Turkey.


To establish a link to the current days I personally led some French imams together with some Righteous people to visit the Holocaust Memorial in Drancy”. Here you are with the French programme to honour the Righteous. Are there also any personalities which Halter would like to popularize in Italy? “I think Gariwo shoudl associate to its action also the deeds of the Polish Church. The Catholic network Zegota carried out so many rescue deeds during the Holocaus". This is an example that could help fight indifference, concludes Halter. "Everything depends on education. You should also suggest texts, documentaries and tales about the "adventures of Good" to the Ministers of Education of all European countries”.