How Hungary can welcome the European day of the Righteous 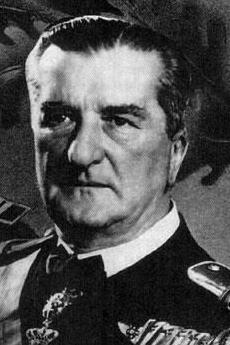 The memory of Good against public revaluation of Evil


Scientific Advisor
Research Centre for Humanities of the Hungarian Academy of Sciences, Institute of History


I feel worried about the fast proliferation of hate and hate speech in current Hungarian public and private life. As a cure and prevention, a look at the roots and nature of hatred in the context of related myths and their open discussion can hopefully be of some use.


The re-evaluation of Horthy and his regime became an important issue because some politicians argue that the Horthy regime was more legitimate than the Communist regime imposed on Hungary by the Soviet Union.
In the official Communist master-narratives of national history, expressed in political speeches and in centrally controlled schoolbooks , the struggle against the ethnically and nationally foreign exploiter was always the focal point. According to this rhetoric, the best patriots were those personalities who had pursued goals of national and class struggle in parallel and combined with one another.


Even before the collapse of the Soviet empire, as a result of the lessening of Soviet ideological pressure, there appeared – if not so much in scholarship, then all the more so in journalism and everyday speech – long banished visions of the historical achievements and tragic sacrifices of the East Central European ruling political elites in the inter-war period. After the changes of 1989-1990, this process accelerated. To put it sharply, one can say that the chances of a person, a movement, an institution or a political party of winning a prominent place in the new national pantheon were greater, the more anti-Communist they were deemed to have been. This was also a reaction to the Communist ideological practice, which had been to brand all anti-Communists equally as "fascists”. The great danger now lay in the fact that occasionally representatives of the extreme right were shown in a positive light because of their anti-Communist attitude.


How could the European Day of the Righteous be accepted in Hungary?


I am sure that  the European Day of the Righteous would be welcome in Hungary, the  commemorations  in Hungary connected to the 100th birthday of Raoul Wallenberg showed that these personalities  are important for Hungarians.


Does the Hungarian Academy of Sciences carry out Remembrance activities?


The Hungarian Academy of Sciences carries on Remembrance activities, it organized major international conferences on the history of the Holocaust in 1994 and 2004 and started the preparations for 2014. It also supports numerous research projects and smaller scholarly and public events on these issues. There are surely a great number of Hungarian Righteous among the Nations whom I think could be remembered, the current Yad Vashem list includes 791 names but the actual number might be substantially higher, we need lots of more research.

In your opinion can the memory of Good, of those who have morally opposed extreme evil by defending human dignity, witnessing truth or rescuing the persecuted, be considered as a heritage of the whole humanity?


The memory of Good can and should be preserved and is a most important part of human heritage.