Gariwo's Call for the European Parliament

to set up EU Day of the Righteous 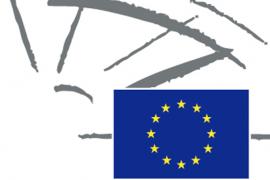 the logo of the European Parliament


Dr Moshe Bejski honored in Italy and in Europe

A European Day for the Righteous of the whole world will be celebrated annually on March 6th. 382 Euro-MP, namely the absolute majority, approved this commemoration in honor of those who saved the lives of persecuted victims or who defended human dignity when confronted with totalitarian regimes or with the genocides of the twentieth century, like the Shoah, the Gulag, the Armenian genocide or the huge massacres which took place in Rwanda or in Cambodia.

This initiative was put into motion by the Milan based Association «Gariwo, Gardens for of the Righteous Worldwide” led by Gabriele Nissim. It received initially the support of five Euro MP of whom three are Italians, namely Gabriele Albertini (Pdl) David Maria Sassoli (Pd) and Nicolo Rinaldi (Idv), as well as the Polish Euro-MP Lena Kolarska-Bobinska.

The date chosen for honoring the Righteous of the whole world is March 6th which is the day on which Israeli Supreme Court Judge Moshe Bejski passed away in 2007. Supreme Judge Moshe Bejski was the President of the Yad Vashem Righteous Commission during twenty years from 1975 to 1995. Yad Vashem is the impressive monument in Jerusalem dedicated to the memory of the Shoah victims, as well as to those who helped and saved the Jewish victims of the Nazi persecutions. The proposal for an annual commemoration for the Righteous was presented to the EU Parliament in January 2012 and was sponsored initially by the five Euro-MP’s mentioned. Gradually, other Euro-MP’s signed the proposal, at first mostly Polish and Italian Euro-MP’s, then others joined in to reach in May the absolute majority required to pass the decree.

Gabriele Nissim is elated: « It is indeed a great success, as it is the first time such a proposal receives a wide approval. This initiative encompasses all genocides without any ideological limitations. We had to overcome the reluctance of those who keep an indulgent judgment on the Soviet Union and the Gulags, of those who refuse to compare the Gulag and the Shoah or who are  fearful to dilute the Shoah amidst other genocides of the twentieth century or who wish to keep a low profile on the Armenian genocide in order to avoid hurting Turkish susceptibilities. Nissim adds: In the end, we succeeded because we were able to rally prominent personalities in support of our initiative, like the recently deceased Czech President Václav Havel’s widow.

Gariwo President who recently published a philosophical essay about the Righteous under the title «Senseless Goodness » published last year by Mondadori stressed that the celebration must carry a positive message. He adds « By honoring all those who oppose totalitarian regimes, we defend a a fundamental European value, namely individual responsibility. In a period marked by spiritual disorientation, it is an essential dimension to promote. Finally, the fact that this successful initiative is Italian is also a beautiful victory for our country”


Judge Moshe Bejski was born in 1921 in Dzialoszyce in Poland. He survived the WW2 on Oskar Schindler’s list. He immigrated to Palestine in 1946 and received a doctorate of law at the Sorbonne in Paris in 1950. From 1979 to 1991, he was Judge to the Israel Supreme Court. He served as President of the Yad Vashem Righteous Commission from 1975 to 1995 and was Chairman of the Massuah Holocaust Institute from 1990 to 2006. His wife Erica Bejski, born Eifermann, was born in Czernowitz in Bukowina and survived WW2 thanks to Mayor Trajan Popovici’s protection.


Non-profit association Gariwo, the forest of the Righteous, which has promoted Wefor, the European project for the building of the Virtual Gardens of Europe’s Righteous, has launched a call for the European institutions – the Parliament in Strasbourg, the Commission in Brussels and the Council of Europe, to establish a European Day dedicated to the Righteous.


The call has received the support of outstanding Italian, European and international personalites and institutions.


Recently, we have received the endorsement of the Geremek Foundation. So reads the message:


On behalf of Bronisław Geremek Foundation we express our full endorsement of the initiative of the committee GARIWO, the Forest of the Righteous for the establishment of a European Day of Remembrance for the Righteous.


In our opinion the idea of remembering the people who have helped rescue human dignity and life during totalitarian genocides is fully compliant with the life and values of the patron of our Foundation: professor Bronisław Geremek.


The establishment of a European Day of Remembrance for the Righteous will be a chance to promote the values of totlerance, civil courage, respect towards the other. This is why we urge the members of the European Parliament to sign the Written Declaration relating to this initiative.


As we presented Wefor, approved by EACEA within the programme "Active citizenship" for the year 2009-2010, the President of the European Parliament Jerzy Buzek sent us the following message:


"As President of the European Parliament and former Solidarność activist, I praise very mach this cultural initiative wich creates a virtual space with information on exemplary figures of moral resistance to totalitarianism in our European history".


A European Day of Remembrance for the Righteous


The Righteous saved Europe’s honour at the time of the Holocaust: in a period dominated by passive onlookers and slaughterers they allowed us not to despair of mankind, because they did not hesitate to risk their own lives to save those of their fellow human beings. In France, in Italy, in Poland, even in Germany itself, all over Europe there were men and women who hid, protected and rescued thousands of Jews from the Nazi fury.


The Righteous have also acted in other situations, opposing the Armenian genocide, helping victims in Rwanda, in Cambodia or during the ethnic cleansing in the former Yugoslavia.


The Righteous are also the men and women who defended dignity and freedom in totalitarian regimes, who denounced the gulag and who, with their courage, flung the doors wide for the reunification of Europe.


Such examples have a universal value, their deeds constantly remind us that Good can prevail, they exhort us to emulate their heritage and their steadfast opposition to all forms of racism and discrimination on ethnic, social, political and religious grounds.


The deeds of the Righteous stand as warnings against persecution and for the prevention of genocide wherever its pernicious seeds are sown.


In the violent world we live in, remembering the deeds of the Righteous, paying tribute to Good, demonstrating that every individual, however humble, can make a gesture that will save the life of another human being, has a huge educational value for today’s youth!


For these reasons we are appealing to the European Union and the Council of Europe to institute a day of remembrance for the Righteous.


By MAREK HALTER, Writer and human rights activist, PIETRO KUCIUKIAN, Honorary Consul of Armenia in Italy and GABRIELE NISSIM, Historian, essayist and Chairman of Gariwo, the forest of the Righteous


IOAN MIRCEA PAŞCU, Vicepresident Foreign Affairs Committee and  Delegation for the relations with the Parliamentary Assembly of the Nato, European Parliament


NICCOLÒ RINALDI, Member of the European Parliament, Vicepresident ADLE – Alliance of Liberals and Democrats for Europe


SVETLANA BROZ, Chairwoman of Gariwo Sarajevo and author of Good People in an Evil Time


IWO  BYCZEWSKI, Former Viceminister and Ambassodor of Poland in Belgium, Member of the Executive Board of the Polish Diplomatic Academy


PATRIZIA DI LUCA, President of the Sanmarinese Commission for the UNESCO, Republic of San Marino


ANNA DRABIK, Chairwoman of the Association Children of the Holocaust, Poland


AGNES GRUNWALD-SPIER, Holocaust survivor, author of The other Schindlers, Trustee of the Holocaust Memorial Day Trust in the United Kingdom


AGNES HIRSCHI, Daughter to Carl Lutz, Swiss Viceconsul in Budapest from 1942 to 1945, recognised as Righteous among the Nations in 1964


MILAN HORÁCEK, Founder of the German Green Party, Former member of the Bundestag and the European Parliament


ANTONELLA MULARONI, Minister of Foreign Affairs of the Republic of San Marino


MARTIN PALOUS, Permanent Representative to the United Nations for the Czech Republic


ANNA STUPNICKA – BANDO, Chairwoman of the Polish Association of the Righteous Among the Nations


EWA WIERZYNSKA, Director of the Jan Karski Project of the Museum of Polish History, Warsaw


KARTA, Documentation center on the history of Poland and Eastern Europe, Warsaw


MEMORIAL ITALIA,  Association for the preservation of the remembrance of historical sources of the 20th Century


MARCO BERSANELLI, Astrophysicist, Professor at the University of Milan, Coworker with the European Space Agency


MARCELLO FLORES, Historian, Professor at the University of Siena


GUSTAV HOFER, Journalist, director, author of movie Italy love it or leave it


FIAMMA NIRENSTEIN, Journalist and Member of the Italian Parliament


FARIAN SABAHI, Professor of History of Islam, University of Turin


BAYKAR SIVAZLIYAN, Professor at the University of Milan


UMBERTO VERONESI, Director of the European Institute of Oncology and essayist, Milan


MISCHA WEGNER, Son to Righteous among the nations and Righteous for the Armenians Armin T. Wegner