Day of The Righteous Is Civil Feast from Today 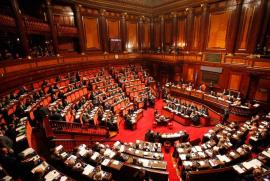 The Day of the Righteous has entered the Italian legal system, too. The Senate did indeed approve of the draft law that establishes also at the national level a Day in memory of the Righteous of the humanity, to be celebrated on 6 March.

We thank you those who have believed in this ever since the beginning, starting from Milena Santerini, promoter of the bill, Bruno Mancuso and Emanuele Fiano, proposers of the law at the Senate and the Chamber, and senator Lucio Romano. Furthermore we thank for his commitment Senator Gabriele Albertini, who has also been the first signatory of the declaration for the establishment of European Day of the Righteous, approved five years ago in Brussels.

Special thanks go also to those – including teachers, schools, associations, Gardens of the Righteous, institutions and individuals – who have supported this project and worked with us to spread the message of the Righteous.

With the just approved law, Italy officially joins the marking of the Day of the Righteous, which from today becomes a civil feast aimed above all at youths and schools.

“The law about the Righteous today takes on a particular value in the face of the growing political and moral drifts in the world: new brands of nationalism and racism, war risks in the Pacific and the Middle East – said Gariwo Chairman Gabriele Nissim – Today more than ever, it is necessary to call all individuals to personal responsibility to reaffirm the values of dialogue, peace and inclusion and isolate those who want to push us into the abyss of hatred. It is a great message that today our country has launched to Europe and the entire world.”

Following is the text of the law, as approved by both Chambers:

1. The Republic, in compliance with Written Declaration no. 03/2012 on the support to the establishment of a European Day in memory of the Righteous, approved by the European Parliament on 10 May 2012, recognizes 6 March as “Day of the Righteous of the humanity”, dedicated to keeping alive and renewing the memory of those, in every time and place, have performed good by saving human lives, have fought in favour of human rights during genocide cases and have defended human dignity by refusing to bow their head in the face of the different forms of totalitarianism and discriminations among human beings.

2. The Day of the Righteous of the Humanity, referred to in paragraph 1, is considered as a civil solemnity in compliance with article 3 of law no. 260 of 27 May 1949. This law does not determine reductions in the worksheet of public offices nor, in case it falls on a working day, does it established a holiday or a working time reduction for the schools of every grade, in compliance with articles 2 and 3 of law no. 53 of 5 March 1977.

3. On Day of the Righteous of the Humanity, schools of every grade can organize, within their ordinary schedule, initiatives aimed at popularizing among young people the tales and lives of the Righteous, making them aware of how every person should consider him or herself called into question, in every time and space, in acting against injustice, for dignity and human rights, to the defence of the value of truth. The Minister of Education, University and Research, through a decree of his own, to be issued by three months since the entrance into force of the present law, shall establish the modalities of execution of the present law.

4. On the Day of the Righteous of the Humanity, within the limits of the available resources in the budget, the administrations and public entities can promote public events at the Gardens of the Righteous, where they already exist, or the creation thereof, as well as in places of strong symbolic suggestion for the communities in reason of their historical, architectural, environmental or landscape character, open to the public attendance. Such spaces can be identified also in already existing parks and gardens and already planted trees, through official entitlements and dedications. Administrations and public entities shall furthermore promote conferences, meetings and debates, foster and support the realization of research papers on this subject matter.

5. From the execution of the present law there shall derive no new nor greater burdens on the public budget or finance.