Celebrations of EU Day of the Righteous 2014

events in Italy and Europe 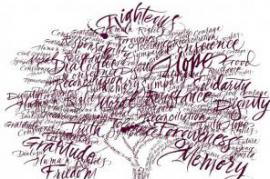 The logo of European Day of the Righteous

On 6 March 2014, the second annual EU Day of the Righteous, numerous Italian towns will hold events to celebrate this recurrence: meetings, exhibitions, meetings, shows and inaugurations of new Gardens od the Righteous will remember those who have defended human dignity against all forms of totalitarianism and during all genocide cases.

Following is our calendar of the events:

From 27 January to 6 March in Savignano sul Rubicone: Historical-cultural exhibit "Righteous in injust times" to tell the story of some of the Righteous people honored in Jerusalem's Yad Vashem and offer people the precious occasion to learn about the deeds of men and women who - often risking their lives - have rescued Jews from extermination. Seat of the City Library, Palazzo Vendemini (corso Vendemini 67)

6 March, Bitonto: within the project "Denied, conquered and sought freedoms" of European Language School, screening at 10.30 a.m of movie "Terraferma". At 6 p.m., interreligious blessing of the Garden of the Righteous of the town, which is built on a symbolic Ship, with Mons. Father Angelo Romita of the Office for Oecumenism of Bari-Bitonto Archidiocesis, Father Andrey Boytsov, Rector Russian-Orthodox Church of Bari, Bitonto Mayor Michele Abbaticchio, Councillor to Territorial Marketing Rocco Mangini and Education Councillor Vito Masciale. To be followed by encounter "Lo straniero per fede e per diritto", (the stranger by faith and law", with Pino Arlacchi, MEP, father Angelo Romita, Father Boytsov and Yehuda Pagliara, delegate of the Jewish community of Naples for Puglia and Basilicata. The meetings will be held inside the Torrione Angioino of Piazza Cavour

At the European level, Gariwo holds an initiative in Sarajevo thanks to the efforts by the head of our Bosnian Branch dr. Svetlana Broz, and sponsors two major events in Prague and Warsaw.


Sarajevo, Bosnian Cultural Centre, 6th March at 12 (noon): assignment of Dusko Kondor Awards in the presence of the local and international authorities and over 2,500 students from all over the Balkans.

In Warsaw, on 6 March from 6 p.m. there at the newly established Museum of History of the Polish Jews there will be the inauguration of an exhibit about the Righteous, followed by a concert in honor of the Righteous by Polish singer Gabriela Kula. Organized by Gariwo, with the nascent Gariwo Poland, the Museum of History of the Polish Jews and the House of Meetings with History.

In Prague on 10 March at the Italian Institute of Culture, seminar about the Czech Righteous with Andreas Pieralli, founder of Gariwo-Czech Republic, Holocaust survivor and Remembrance activist Marta Kottová, and with a Skype live session from Italy with Miroslava Ludvikova, historian who unveiled many tales of Czech Righteous.

Also the Republic of San Marino will hold an initiative with the elementary school pupils, who built a tree with the origami technique under the lead of the State's Gallery of Modern Art to show that the "right choices" must be put in practice by the means of "righteous deeds". The tree will unveiled in the premises of the Migrants Museum during the inauguration of the Regency of the semester April-October, on 1st April 2014.


From the French region of Dordogne we receive news of a film projection to be held on 6 March at 6 p.m. in Périgord. Citizens are students are invited to watch Le dernier des injustes, the movie by Claude Lanzmann about Vienna's Rabbi Murmelstein, who negotiated with Adolf Eichmann to prevent from the liquidation of the Theresienstadt ghetto. Due to the initiative of Hellen Kaufmann, President of Association Justes, Anonymes et Persecutés durant la Période Nazie (AJPN).