Celebrations in Italy and all over the world

for EU Day of the Righteous 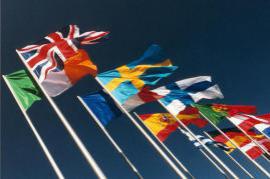 As leader of the celebrarions of the first EU Day of the Righteous, Milan with Gariwo is the inspirational source for the initiatives to be held all over Europe contemporaneously on March, 6 2013.

In Milan, Two pianists for Europe's Righteous. Concert of Maestroes Gaetano Liguori and Janusz Olejniczak: the masterpieces of the great classical authors, executed by the Polish virtuoso who lent his hands for the movie The Pianist by Roman Polanski, alternate to the original pieces by the Italian jazzman and composer. To be followed by the readings by theatre actress and producer Paola Bigatto.  In the morning at the Garden of the Righteous Worldwide on Monte Stella hill ceremony of planting trees and unveiling memorial stones in honour of Dimitar Peshev, Fridtjof Nansen, Samir Kassir and Václav Havel, in the presence of the authorities, teachers, students, the diplomatic representatives of many countries, common citizens, journalists and the relatives of the Righteous.

At the Brussels Parliament, Bulgarian Prime Minister Boyko Borissov, Israel’s President Shimon Peres and Gabriele Nissim will commemorate the 70th anniversary of the rescue of the Bulgarian Jews.

In Warsaw, Tadeusz Mazowiecki, prominent figure of Solidarność, will announce the establishment of the Honorary Committee for the creation of the Garden of the Righteous in the Polish capital. A whole week-end of celebrations in honour of the Righteous, with concert by Janusz Olejniczak, the very Chopin virtuoso who will play also in Milan.

In Prague, the Parliament will promote a conference on the moral heritage of Václav Havel and the Holocaust Righteous censored by the communist regime.
In Sarajevo, Svetlana Broz, Chairwoman of the Bosnian branch of Gariwo, is to hold a meeting with thousands university students to celebrate the Righteous of the war in the former Yugoslavia.

In Saint Petersburg, Anatolij Razumov, director of the Centre for recovered names, a prestigious entity that documents the victims of communism, will hold a conference about the memory of the Righteous in Russia.

In Bialystok, in the new premises of the Podlaska Opera and Philarmonic and of the European Centre for the Arts, inauguration of exhibition And I keep seeing their faces, with pictures of the Polish Righteous before the war, curated by Golda Tencer of the Shalom Foundation; Whoever saves a life saves the whole humanity… rescue to the Jewish population during German occupation in the Voivodee of Bialystok (1941-1944), in honour of all those who have risked their lives to rescue the Jews; the third exhibition is dedicated to the work of Jerzy Charyton – Polish painter and socially engaged person, who during the war was a witness to the Holocaust in the ghetto of Wysokie Litewskie.

Also many Italian towns joined the 6 March celebrations with their own initiatives. At the Parco delle Groane of Solaro theatrical show Il memorioso, drawn from books Il tribunale del bene and La bontà insensata by Gabriele Nissim, with texts by Gabriele Nissim, Massimiliano Speziani and Paola Bigatto. Direction by Paola Bigatto, with Massimiliano Speziani. To be followed by debate with Franco Perlasca, son to Giorgio Perlasca, and Manno Istvan, General Consul of Hungary.

In Brescia, the association Filosofi lungo l'Oglio chaired by Francesca Nodari, in collaboration with Gariwo, inaugurates the Garden of the Righteous by planting six trees in honour of the witnesses to the memory of Good: Etty Hillesum, Jan Patočka, Raphael Lemkin and the Righteous from Brescia Mons. Carlo Manziana, Angelo and Caterina Rizzini and Teresio Olivelli. In Tolentino (MC) the Association Tullio Colsalvatico is to dedicate the Garden of the City Library to Tullio Colsalvatico, Righteous among the nations since 2009.

Follows speech by professor Sante Maletta, representing Gariwo.   In Padua, Run for the Righteous: 5 km marathon downtown to the Garden of the Righteous al lover the World and back, with an overview by the Scientific Director prof. Giuliano Pisani.

In Cesena, Antonio Ferrari in representation of Gariwo participates in a conference about the Righteous.   In Monza, Liceo Zucchi will hold the conference The Great Evil, how Armenians remember their Holocaust with writer and essayist Antonia Arslan, author of The Lark Farm.

In the Formigine Castle (MO), presentation of the book by Maria Pia Balboni, dedicated to father Benedetto Richeldi, on the rescue of the Jews interned in Finale Emilia. Speeches by Claudio Silingardi, Director of the Historical Institute of Modena, Germana Romani, Association of Local History “Ezechiello Zanni”, Father Ivo Silingardi, Founder of the Opera Nazareno from Carpi and Franco Richeldi, Mayor of Formigine.