How beautiful is the world’s plurality against evil 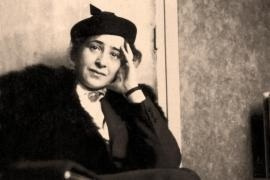 Why did Socrates claim not to know, when he talked with an Athenian? For a simple reason: because you cannot know in advance the opinion (doxa) of an individual unless you discuss with him humbly, because everyone has his or her own peculiar worldview, and can never be equalled to others, as if he or she were a photocopy of somebody else. Every human being is unique and until the end of the world there will always be different opinions stemming from each person’s experience. This is the extraordinary plurality of human beings, which needs to be approached with curiousity and without prejudice. You cannot in fact make friends with somebody different from us, unless you show, first of all, a sincere will to know him or her in depth.

This is the spark of friendship and any possible relationship with the other.

At this point Socrates, without ever expressing his opinion, started asking his incessant questions, because he wanted his interlocutor to question the truth of his own statements by himself. Hence the man, goaded by the philosopher, would be able to “deliver” more truthful an opinion, provided he was able to challenge his own set ideas.

And how could he reach this ripening?

Socrates’ alchemy was his success in compelling his interlocutor to see the world from different angles and a new perspective that stemmed from the appraisal of the others’ opinions. This way the individual’s subjectivity, without losing his uniqueness, would have to be put in relation with the others’ own world, thus reaching more universal a dimension.

By this methodology, called the art of maieutics, Socrates set the role of philosophers in the Greek society, then crossed by an agonal spirit where everybody was against everybody else, and by the seed of envy and contraposition, which led to the destruction of the Polis and to the divisions among the states of the Peloponnese. The great bet was the creation of a common world that would overcome the clashing egos and the rivalries through a process of moral growth of people.

This is Hannah Arendt’s Socrates, presented to us in a lesson of 1954, published in Italy for the first time by Cortina Editore, curated by Ilaria Possenti, with two beautiful essays by Adriana Cavarero and Simona Forti.

This peculiar reading of the Greek philosopher is key in the whole following thought by Hannah Arendt, who used that to explain the inner mechanism of our conscience.

When we think, it is as if we had a Socrates inside us who urged us on challenging our own set views.

The starting point, as the inscription in the temple of Apollo in Delphi suggests, is the know thyself.

“Only if I know what appears to me and me only, and thus remains tied to my concrete experience, Arendt argues, I can know the truth. An absolute truth, the kind of truth which would always be the same for everybody and would remain loose and independent from people’s experience, cannot exist for mortals”.

And yet we notice the other voices inside us in our solitude, too. There is no such thing as a singular ego.

Human plurality is thus manifested also in our thought, because we represent the others in our inner dialogue. This is why we are only going to be greatly deceived if we imagine we can remain alone with ourselves, separate from the rest of the world.

This is the dynamics of our conscience. When we feel that our ego is in contradiction with the presence of the others we feel a sense of unease. We need to regain harmony inside us.

It is thus the dimension of plurality that saves us, someting that Kant, whom Arendt refers to in her theory of judgement, defines as an inclination towards an enlarged mentality.

So how to perform good deeds in a secular world, without a God judging us and without a recognition from society? How to do good anonymously, only for the sake of doing it without anybody to tell us “thank you”?

“Socrates’ answer, the philosopher suggests, is part of a suggestion to disciples: “Be as you would like to appear to others”, so appear before yourself as you would like to if the others saw you. Even when you are alone, you are not completely; you yourself can and must be the witness to your reality.. The reason why you must not kill, even when nobody can see you, is that it would be impossible for you to live with a killer; and that it is impossible for you to want to live with a killer; and that instead, by committing a murder, you will hand yourself forever to the company of a murderer.”

The reflections of the German, Jewish and cosmopolitan philosopher are very topical in a context in which, from the Middle East to our very Europe, diversity is not considered as a value and the people who want to advance the one truth of their religion, nation or simply their tiny ego. Arendt has taught us, instead, that building together our plurality can help us build a common horizon and a common world. And it is the best way to enjoy life, because “humans, and not only Man live in the world and inhabit the earth and no one is ever the same as another who lived, is living or will live.”

Gabriele Nissim, Chairman of Gariwo, the forest of the Righteous; translated by Carolina Figini