Righteous women throughout the nations 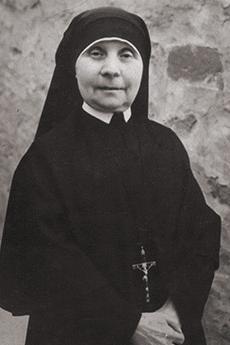 A little more than half of those deemed the Righteous Among the Nations by Yad Vashem are women. On this basis, the Jewish Holocaust Memorial has created an exhibition that highlights the actions of certain women in favor of the persecuted Jews, often carried out regardless of the risks and even against the wishes of family members.

In addition to the best-known figures, such as the Polish Irena Sendler, there are also lesser-known cases, from sisters to princesses, from German to American, from the cleaning lady to the president. Yad Vashem has identified 15 courageous women, some of whom were single in a time where being a single mother was a matter of great shame, who did not hesitate to treat the Jewish children they sheltered as their own.

The Serbian Klara Baic, the Belgian Jeanne Daman, Germany's Johanna Eck, the Belarusian Antonina Gordey and others have worked both individually and sometimes in groups, in some cases acting as initiators of relief networks. Particularly well known is the case of Sendler and her Catholic organization to rescue Jewish children, Zegota, which saved 2500 minors.

For Italy, the exhibition of Yad Vashem presents the story of Maria Agnese Tribbioli, mother superior of a convent in Florence who acted within the relief organized by Rabbi Nathan Cassuto and Cardinal Elia Dalla Costa. Tribbioli saved Simone Sacerdoti, his wife Marcella (maiden name Belgrado) and sons David and Cesare-Victor.She hid the identity of her proteges to the other sisters, calling them simply "homeless refugees."

David Caesar, who was five years old,  was sometimes suspicious to the religious ones around him, because, for example, he refused to make the sign of the cross. When they brought this to the Mother Superior, she justified it as the trauma of being homeless. Even more boldly, Tribbioli at one point had to contend with Germans who wanted to search the convent on the hunt for Jews. She managed to convince them not to violate the religious institution. The children were taken to an orphanage in Montecatini until the end of the war, only to be reunited with their parents after the Liberation. .