Why Honor the Righteous in a Post-Pandemic World? 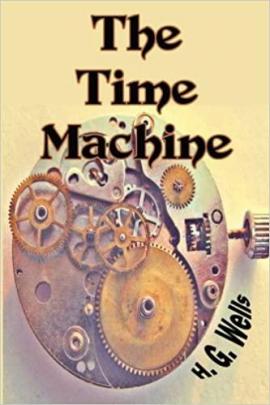 We honor the Righteous for their willingness to risk their own lives to save the lives of others, even when the rest of society hates and persecutes those they save. Such selflessness is not an inevitable form of human behavior that we can take for granted. However, all of us are capable of such courageous acts when inspired by the words and deeds of other people. Irena Sendler described how her father transmitted selfless courage to her by imploring her to remember a single sentence, “Always remember, my darling Irena. If you see someone drowning, you must rescue him, even if you cannot swim.’”1

As people around the world emerge from what we hope is the worst of the Covid-19 pandemic, we mourn the loved-ones lost and look toward the future. The only thing we know for sure about the future is that the world will never be the same as it was before we heard of “social distancing.” Even before the pandemic, profound economic, political, and social changes were already on the horizon due to climate change and new technologies that push the limits of our imagination. However, many of us postponed facing these changes. Now, it is no longer possible to cling to our accustomed ways of life. Due to the pandemic, many of those familiar ways have already vanished. Thus, we are entering a dramatically different future at nearly the same velocity as “the Time Traveler” in H. G. Wells’ 1895 science-fiction book, The Time Machine.2 One of the questions we face is whether it is important to make the stories of the Righteous part of the new post-pandemic world.

Honoring the Righteous through the retelling of their brave acts will be vital if the future involves violent competition over resources like food and water made scarce by disease and climate change. Examples of selflessly caring for others may even be necessary for humanity to survive such a period. However, some experts predict we will avoid future conflicts over resources because advances in robotics, artificial intelligence, and automation will produce food, water, and other necessities sufficient to supply the entire world with little or no human labor. Some of these experts even predict that we need to prepare for such a future immediately. If these experts are correct, will there still be a need to honor the Righteous in what some people might see as a utopia?

I mentioned The Time Machine earlier because when its protagonist, the “Time Traveler,” travels to the future, he encounters people known as the Eloi whose life resembles key aspects of the future predicted by some experts. In this fictional world of the future, abundant food and other resources are mysteriously provided to the Eloi, who are thus free to devote their time to leisure and pleasure. Being from the time immediately following the industrial revolution, the “Time Traveler” never considers the possibility that robots with artificial intelligence are producing the necessities of life without the aid of humans. Thus, he assumes that somewhere there must be other Eloi operating the machines that produce the food and other goods, and he is puzzled by his inability to find where this is taking place:

The several big palaces I had explored were mere living places, great dining-halls and sleeping apartments. I could find no machinery, no appliances of any kind. Yet these people were clothed in pleasant fabrics that must at times need renewal, and their sandals, though undecorated, were fairly complex specimens of metalwork. Somehow such things must be made. And the little people displayed no vestige of a creative tendency. There were no shops, no workshops, no sign of importations among them. They spent all their time in playing gently, in bathing in the river, in making love in a half-playful fashion, in eating fruit and sleeping. I could not see how things were kept going.3

The “Time Traveler” eventually discovers the machines, and why the creatures operating them are feeding the Eloi. However, before determining who is providing the labor that keeps things going, he passes a harsh moral judgment on the Eloi’s life of leisure without labor. The “Time Traveler” calls the Eloi “a decadent humanity.”4

In his non-fiction book, The Future of Work,5 Darrell West describes a rapidly approaching time when many people no longer “work,” in the typical sense of that word, because robots, artificial intelligence, and automation perform their “jobs.” West also predicts that some people may initially share the “Time Traveler’s” disapproval of such a world because “Many workers derive their personal and professional identity at least partly from their jobs.”6 However, West suggests that the transition to a world where most people no longer work may be less challenging than it might seem because our current “. . . job-focused construct is a recent notion in human life. For much of recorded history, jobs were not the be-all and end-all of human existence. People understood their identities as more closely linked to family, ethnic group, religion, neighborhood, or tribe.”7

West’s description of life before our current focus on jobs is accurate. Anthropological evidence makes it clear that “family, ethnic group, religion, neighborhood, or tribe” was the basis of identity and social behavior during both recorded history and vastly more enduring periods of prehistory. Thus, humans may revert to basing their identities solely on these social categories with even less effort than West realizes. But, if the past behavior of humans is our guide, a return to basing one’s identity exclusively on social categories such as kinship, ethnicity, tribe, or religion may be a recipe for ethnic violence and even genocide. Robotics, artificial intelligence, and automation may merely enable future generations to devote more of their time and energy to hating and killing those with social identities different from their own. After all, high-status leaders have planned and directed genocides. And they have done so despite enjoying a life of luxury, requiring them to engage in no other labor beyond planning and directing genocides.

The post-pandemic world may feature catastrophic food and water shortages caused by climate change, or an abundance of resources due to new technological breakthroughs, or combinations of both. However, our past suggests that technological advances will not guarantee a world free of hatred, discrimination, and genocide. Thus, honoring the Righteous by telling their stories to future generations may be crucial regardless of the world they inhabit. Interestingly, the “Time Traveler” did not criticize the Eloi primarily because they were too lazy to work, or too ignorant to operate industrial machinery. He based his condemnation of the Eloi’s lack of humanity mainly on how they treated each other. Growing up without being exposed to moral exemplars of selfless courage, the Eloi lacked a form of social interaction the “Time Traveler” considered to be a hallmark of humanity. More precisely, the Eloi lacked the behavior that the stories of the Righteous inspire:

It happened that, as I was watching some of the little people bathing in a shallow, one of them was seized with cramp and began drifting downstream. The main current ran rather swiftly, but not too strongly for even a moderate swimmer. It will give you an idea, therefore, of the strange deficiency in these creatures, when I tell you that none made the slightest attempt to rescue the weakly crying little thing which was drowning before their eyes.8