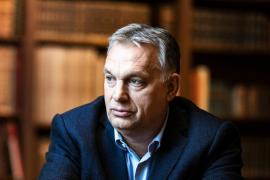 In 1930s, in Prague, when Nazism started its tragic process in Europe, Milena Jesenska claimed that to have a dignified life, one had to look after men who wanted to take the world towards a bad direction. If you do not pay attention, sooner or later bad politics will enter your home and become an unpleasant guest at your table.

To take countermeasures, one should understand what politicians considering themselves to be champions of a new order have in mind. One must not underestimate their expressions, even if they appear as good people and at first do not seem to cause damage on the public arena. Certain words, spoken in a peaceful climate, appear harmless, as if they were just an electoral move to win people’s gut. Many believe that words are only a mask for power games and that they will have no effect on society where reason will ultimately prevail.

Today, in the world of fake news and television talk shows, many statements seem to be empty and aimed at easily winning consensus, therefore those who listen to them make no effort to imagine what consequences they may have on our future.
This is why it is very useful to read the excellent interview by LaStampa correspondent Alberto Simoni with the Hungarian leader Viktor Orbán, who clearly and thoroughly explains the political project he is proposing to Europe.
It is the ideological manifesto of the new European illiberal right. Today it is not very scary because it seems to be an opinion like many others, but one must make an effort to see all possible consequences.

What is the process of migration? Orbán compares it to communicating vessels. “Mass migration is the biggest migration in History. I call it migration of people, a big mass migration. It is due to a demographic reason: there are fewer and fewer Europeans, in Sahel, in the Arab world and in black Africa there are more and more people. They move, they roam, they wander around and land here.”
How should we solve the issue then?
First of all, foster natality to prevent external contamination and preserve our ethnic identity. Orbán claims, as other political leaders in Europe do, that if our population increases, migrants will no longer find opportunities to come to our countries and focus on our children's future will undermine processes of solidarity. This means that there are first and second-division children.
Thinking of our children, we should no longer worry about other people’s children. His policy on family protection may be defined as follows: our children come before other people’s children. This is the most perverse mechanism through which racism is instilled among people. Exclusive love for one’s child becomes the means to legitimize ethnic superiority vis-à-vis those who come from another country. It is the law of race superiority, which is still unwritten, but which may soon be.

Orbán then considers the value of solidarity to be the dangerous virus undermining our society. Therefore, according to the Hungarian leader, all those who propose a common policy for migrants by dividing quotas in the various countries of the community are wrong. Instead, all Europe should follow the example of the Hungarian wall, thus enforcing a common policy of rejections.
“Italians would like to get rid of immigrants and distribute them to other countries and an ideology was invented in Brussels for this approach, called solidarity. Our stance is different: we defended ourselves and prevented them from arriving here and we would not even want migrants to come to your country.”
Orbán raises no questions about the future of Africa, development issues in those countries and climate change. It urges Europe to get rid of all forms of pietas and to consider migrants as potential destroyers of our civilization. Such a stance, step by step, legitimizes indifference and leads to cruelty towards other people’s suffering.

The pride and satisfaction that Salvini and Orbán show during their visit to the wall built on the border with Serbia is perhaps the most terrible image of a potential human drift. Those who are excited to be photographed in front of the barriers blocking hungry and suffering people remind us of sad images of the past taken in front of prison camps.
When asked about his idea of Europe, Orbán replies that the path of common sharing leads to totalitarianism and that identities of nations must be preserved. It may seem that democracy in European institutions can work better with sovereign nations. However, his ideas follow a completely different direction. It is European sovereignty to be in danger. He therefore invites all European countries to follow their path and not to be influenced.

“Today, in European terminology - says Orbán - nationalism is considered negatively, but I do not agree. The vast majority of European intellectuals believe that wars, dictatorships, suffering have been provoked by nationalisms. I disagree. Such tragedies were in fact triggered by attempts to build various European empires. And I currently see this danger in Brussels. Brussels elites claim that we are fuelling nationalism, we rather think that it is Brussels elites who want to build an empire.”
Through these statements, Orbán clears the memory of nationalist conflicts that led to Europe suicide in the two world wars. Indeed, when a nation wanted to be above the others using an imperial policy, military conflicts started. Therefore Orban, with a clean slate, questions the mechanisms that allowed post-war Europe to curb nationalism and open a path towards sharing.

To achieve such ethnic nationalist project in a globalized world, however, two additional conditions are necessary: question an idea of plural nation and construct an authoritarian and illiberal democracy.
Orbán clearly explains this. First of all he asks to affirm the predominance of Christian identity over all other cultures and religions. “The great spirits moulding Western thinking celebrate whenever they see Europe taking a post-Christian and post-national direction. They call it progress. This way of thinking is foreign to me. I do not feel joy. I think instead it means surrendering our identity. I do not question anyone's right to enjoy their multiculturalism, but I would like them to acknowledge that Hungary will not follow them. As a matter of fact, our Constitution states the opposite, claiming that Christianity is the thrust keeping the nation strong.”
Using this very approach, in the 1930s the Horty government paved the way to the first anti-Jewish laws and to discrimination. Jews were guilty of not being true Hungarians, despite having been the architects of culture and modernity. And today's campaign against Jewish financier Soros is consistent with that: all those who, in one way or another, are cosmopolitan and open to welcoming and having a dialogue with other cultures are dangerous for the identity of the nation. It is easy to imagine that Pope Francis’s Christianity is a dangerous heresy for the Hungarian leader.

Secondly, even democracy as an expression of plurality becomes an obstacle according to Orban, who claims the right to be illiberal.

“Today liberal democrats are the true enemies of freedom. Being a supporter of freedom, I must be illiberal.”

The construction of an authoritarian regime therefore becomes fully legitimate in Hungary. Anything that does not fit into the ideological paradigm of Orban’s party can be censored. Free press was the first target, including the attack on intellectuals and the removal of combatants against communist totalitarianism from the public scene.

Orbán speaks very clearly and we must take him seriously, because many in Europe are fascinated by these speeches but do not understand their possible consequences.