​"Uniqueness" of the Holocaust: how its meaning has changed over time 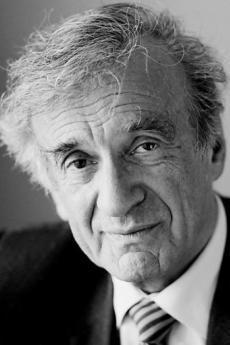 What Yehuda Bauer, regarded as the greatest historian of the Holocaust in Israel, said recently at a conference organized by the Open University in Tel Aviv, is important in itself, but it is even more important for two circumstances. The first is the fact that these things have been said during a conference dedicated not to the Holocaust, but to the twentieth anniversary of the genocide in Rwanda. Secondly, what you want to provide and on which we want to reflect is a kind of theoretical support to an essentially political issue: what to do to prevent other genocides?

There are two arguments put forward by Bauer that I would like to emphasize here. The first is your definition of the Holocaust as an unprecedented, event, which is though not unique, and as a paradigmatic phenomenon, but not that they can not be compared or seen in the context of other genocide cases that have characterized the last century and are likely to score even ours - just think of what is happening in Syria. "Being the Holocaust the most extreme genocide case - writes Bauer – it teaches us to understand other genocides."
I would like to remember the context in which the idea of the Shoah uniqueness was stated, within the Reflection on this historical tragedy. We are in 1967, three months before the Six Day War, in a debate held in New York between four intellectuals - Elie Wiesel, not even Nobel Prize, Emil Fackenheim, Richard Popkin and George Steiner. That's where Wiesel called the Holocaust "a glorious chapter in the history of the Jews eternal." For Steiner, however, it had to be seen as an obligation to humanity, in a strong affirmation Jewish universalism. Since then, the thesis of 'uniqueness, though it was originally served to identify and define the specific character of the extermination of the Jews, would increasingly become a dogma and would raise an unpleasant "competition of victims", especially as new genocides were realized over the years - in Cambodia, Rwanda, in Bosnia. the debate that took place in Tel Aviv and in which the claims of Bauer lie, seems finally bury this perspective particularistic and open to the possibility of comparisons ever wider.

The second argument is the significant recovery of Bauer's proposal, made by David Scheffer in 2007, to adopt, instead of the term "genocide", very wide connotation of international law and much discussed at the historical level, that of mass atrocities (Mass atrocities, MAS), which allows you to recover the term genocide as more extreme in a scale of values that includes war crimes, crimes against humanity and ethnic cleansing. In my view, this would address and distinguish the mass crimes with much greater clarity and better highlight the common and specific aspects.
As is known, the term genocide was intended to designate the intent and action to exterminate an ethnic group, national, racial or religious group in whole or in part. That the extreme of the scale there is genocide is evident, as is evident by Bauer and many scholars that the genocide of the Jews, that in reference to which has been coined the term "genocide", has represented a whole aspects that characterize an event that marked radically European history and throughout the twentieth century.

But, as Bauer argues, it is necessary at the same time broaden and clarify the speech. The concept, for example, has never been extended to include political groups. If you would understand these, we could bring within the legal category of "genocide" mass starvation, wanted and pre-ordered, millions of peasants - the so-called kulaks - by the Soviet communist regime. And the adoption of the term MAS would allow us to better define and to include in such categories, not without implications in terms of international politics, humanitarian intervention and international processes, events such as the ethnic cleansing in Bosnia.

But where this categorization is thinner proves most useful in the prevention of genocide, explaining the need for attention to this phenomenon by the international bodies. I have to remember that the Rwandan genocide, only twenty years ago, was held in the inattention of the world and has been declassified (and still is by some declassified) a clash of ethnic groups? And that the massacre in Srebrenica, with thousands of men murdered in mass, also took place before the eyes of UN peacekeepers?
The problem of the reaction to the genocide, and even before its prevention, is the core of every current reflection on international relations and the supranational bodies, and that is what in particular is dear to Bauer today, in this context. He points out that studies of historians are essential for the pragmatic approach of politicians, implicitly attributing to the reflection of who analyzes the past is not a purely academic interest, but also a political interest, aiming to change the future, not only to put neatly to instead each box of the past. In short, are the scholars and historians in particular that must, by analyzing the past, create the theoretical tools that politicians and institutions will use to defend human rights against mass atrocities getting popular. We hope, as historians, to be able to do so. Some say it is not our job, but I think instead it is.

This analysis is part of the debate launched by Gariwo from the reflection of Yehuda Bauer on the prevention of genocide. Details are available in the box the other contributions.

Analysis by Anna Foa, historian and professor at the University "La Sapienza" of Rome