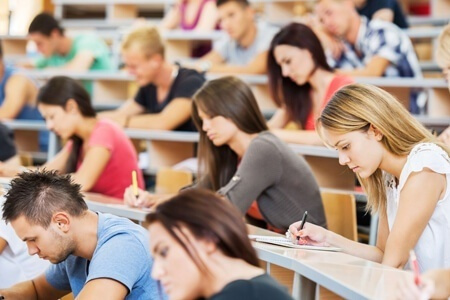 When the last student had completed their presentation, I presented the project I would be undertaking following my retirement. The students dutifully took out their notepads, expecting to hear about a complex and sophisticated undertaking. When everyone was ready, I announced that I was going to tell the stories of people who had risked their lives to save the lives of others. Then I explained that my project drew upon anthropological research from around the world, showing that such stories morally elevate humans and make them more likely to help others. Finally, I said that the project would help prevent genocide.

Although a few students looked relieved that my project would be easy to memorize for the final exam, skepticism was the primary reaction. No one had to say, “Yea, right. Telling stories is going to stop genocide.” There was no need for sarcasm; their facial expressions made that position clear.

Having anticipated the students’ reactions, I acknowledged their doubt and said, “Let me give you an example.” As I started a short PowerPoint presentation on Raoul Wallenberg, I didn’t expect any moral elevation to take place. There are many acceptable personas for students to adopt in college classrooms (e.g., bored student, activist student, hard-working student, class clown), but morally elevated and moved to tears is rarely one of them. The most I hoped for was a couple of sincere sounding wishes of “good luck” and “thank you for the course.”

But something unexpected happened right as I was starting to describe Wallenberg’s efforts to use false passports to free people from the trains headed to death camps. A student that had been absent hurried into the classroom and quickly took a seat off to the side to minimize any disruption to the class. I gave a welcoming nod to the student and continued my presentation.

When I finished my presentation by describing the disappearance of Wallenberg, I expected the usual sound of laptops closing and the rising of bodies preparing to re-enter the outside world. Instead, I heard the soft sound of crying off to the side. The students heard it too, and we all looked toward the source of the sound. It was the student who had been late to class.

My immediate reaction was to apologize for not noticing that the student had arrived in an emotional state needing attention. But the student said nothing was wrong, then he added, it was “just the story.” Then he said, “I never knew there were people who would do that for other people.”

I understood the reaction, but I wasn’t expecting it to occur in a college classroom. Evidently, being in a hurry and arriving late, the student hadn’t had time to enter his college-student frame of mind. Thus, he had not put up his defenses against being influenced by “just a story” about one human risking their life to save others. Then something else unexpected happened. Not only did other students console their classmate by sharing that they felt the same way, but many also involuntarily teared up while doing it.

There was one more class period in the course before the final exam, and I was aware that the start of that class might be a “teachable moment” due to the reactions to the story of Raoul Wallenberg. Since the Students had experienced the power of stories about the Righteous, I wanted them to consider the potential of that power.

I started the class by presenting evidence that cultures around the world have told stories designed to move warriors to risk their lives in battle against an enemy group. Then I described how Yad Vashem had modified such “war” stories into the stories of the Righteous Among the Nations in ways that I considered to be brilliant. First, they replaced warriors taking lives with rescuers saving lives. Second, they made the person being rescued a member of a social category different from that of the rescuer. Then I explained that I thought one way to help prevent a future genocide against Jews was to morally elevate non-Jews to see rescuers of Jews as heroes to emulate.

Then I wrote the word Gariwo on the board. As I wrote, I explained how an organization had made one further modification that amplified the ability of stories about the Righteous to prevent future genocides. Gariwo did this by expanding the actions of the Righteous to include rescuing people of any social category. I also suggested that this approach might end the division of humanity into the categories of those worth saving and those who are not.

To end the discussion, I asked what else the students had learned from the events of the previous class. As I had hoped, they brought up how rushing into a classroom made a person more susceptible to the power of the story. That led to a discussion of how the setting influences the ability of stories to move people. After the students described how a safe, quiet, pleasant environment set apart from the everyday world would be the best place to experience stories of the Righteous, I wrote out the full name of Gariwo on the board. Then I asked if they thought a “garden” might be such a location. They did.

Finally, I asked the students how many of them had heard of the European Day of the Righteous. No one raised their hand. When I told them about it, I could tell they thought of stories as far more powerful than they had before. Of course, the students still thought it was overly optimistic to believe that telling the stories of the Righteous would keep genocide from ever occurring again, but they agreed that it was worthwhile to try.