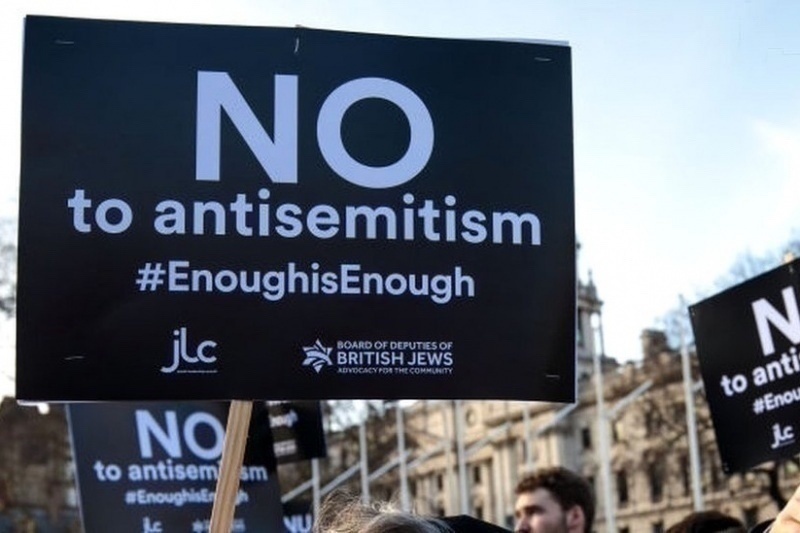 Remembering the Righteous of the Shoah is central to Gariwo, which was the first to introduce a new concept in the narration of genocides. That is, the remembrance of rescuers and opponents as moral exemplars for humanity's future in the fight against anti-Semitism and all forms of hate that could reawaken the vast abyss of evil unprecedently described in Primo Levi's The Drowned and The Saved.

Thus, Gariwo encouraged the dissemination of the memory of the Righteous, endeavoring to transform it into a universally recognized value and turning the Garden of Yad Vashem into a moral reference point for the whole world. We believe that the ethical and moral value of non-Jewish people who risked their lives to save Jews is equal to that of people who rescued the Armenians, the Tutsi in Rwanda, the Bosnians, the Cambodians, the Yazidi community, and those persecuted in any other genocide. Whether Jewish or non-Jewish, those who helped a Jew acted according to the same humanitarian drive as any human being who saves other humans when violence occurs: there are no differences between rescuers in the face of extreme evil.

Today, the notion of "Righteous" made its way into the memory of other populations, being used in Kigali, Sarajevo, and Yerevan to identify those who courageously opposed genocides. The European community and Italy have made this notion their own, with legislations voted by their parliaments to remember the Righteous as moral exemplars. Moreover, on the occasion of this year's Day of the Righteous, the United Nations issued a message by Alice Wairimu Nderitu, the highest authority in preventing genocides. Ms. Nderitu's message, the first one to be issued by the UN on this occasion, marked an important milestone in recognizing the Day of the Righteous as globally relevant.

One should not see the increasingly non-exclusive commemoration of the Righteous as diminishing the memory of the Righteous of the Shoah, which is the paradigm for all genocides in the twentieth century. Extending this practice to other contexts testifies to a new awareness of humanity towards the prevention of genocides: it provides the memory of the Righteous of the Shoah with its highest, universal recognition, translating it into a moral symbol for all those who fight indifference all over the world. After all, anti-Jewish prejudices have always emerged when the world has slid into totalitarianism or fundamentalism. In the Rwandan genocide, the Hutu used to call the Tutsi "Jews"; in his later years, Stalin set out a campaign for the elimination of the Jews, whom he presented as the enemies of the Soviet Union. It was only thanks to Stalin's death that the plan did not see the light of day.

Today, the universal dissemination of the memory of the Righteous is a powerful antidote to the anti-Semitic distinction between Jews and non-Jews that, to this day, still permeates the world. The entire history of anti-Semitism builds on portraying the Jews as different and incompatible with the rest of the world. The assumption that Jews are negatively different from the others lays the groundwork for questioning the tradition of Zionism and Israel's very existence. For this reason, Gariwo believes that bringing the flag of the Righteous to the world is crucial not only to prevent all genocides but also to resist anti-Semitism at its roots, in the tendency to question the very belonging of Jews to the human race.

Universalizing the Shoah-originated discourse about the Righteous offers a radical response to anti-Semitism and a lesson for the world in its entirety. This idea was already in Raphael Lemkin's mind. The Polish Jew who coined the notion of genocide, Lemkin was a forerunner in his obstinate struggle. In 1947, he succeeded in having the Convention on the Prevention and Punishment of the Crime of Genocide approved by the United Nations.

As early as during the Shoah (he wrote his book Axis Rule between 1933 and 1944), Lemkin realized that uniting the Jews to the rest of the world was crucial to avoid the genocides that were taking place at the time. Lemkin did not succeed in his endeavor during the war. Yet, he wanted the "do not commit genocides" commandment to become a new categorical imperative for the entire international community, one that could grant humanity a future. Lemkin believed that it was only through a global alliance against all genocides that the Jews and other minorities could be protected.

Many believe that one should never compare the Holocaust to other genocides, nor the fight against anti-Semitism to the one against other forms of hate and prejudice. This view relies on two assumptions: on the one hand, that the Shoah is unique (yet it might be more accurate to draw on Yehuda Bauer's notions of singularity and unprecedentedness); on the other hand, that anti-Semitism has its specificity in history, particularly in the Jews being seen as enemies throughout the ages. In this light, many believe that one should only apply the very definition of Righteous to non-Jews who rescued Jews, not to those who saved others from other genocides.

Underlying this argument is the fear that, without making this distinction, it would be impossible to understand how anti-Semitism took shape across history. Thus, to engage society in an examination of anti-Semitic prejudice and the eradication of anti-Semitic behaviors, we should focus exclusively on the patterns of hatred toward the Jews. By affirming the essential difference between anti-Semitic hatred and the one that affects other minorities, the Jews could grow stronger in their fight against anti-Semitism, enlightening public opinion with more clarity. Many believe that, in such a way, the Jews could be better protected, with all non-Jews being accountable for their behavior and the world showing unity against anti-Semitism.

This approach is considered the most beneficial, and its broad support originates precisely from Western societies' guilty conscience for the persecution of Jewish people. Yet this approach proves to be the weakest in the fight against anti-Semitism and can lead to insidious traps.

Firstly, because it lifts anti-Semitism out of history. Anti-Semitism always emerged in times of crisis, playing in the hands of those with totalitarian ambitions, who have corrupted societies with a politically driven culture of the enemy. Anti-Semitism feeds on intolerance toward minorities. It thrives in anti-democratic political cultures and radical nationalism. Today, Islamic fundamentalists and white supremacists have used anti-Semitic prejudice not only against Jews but also to halt the secularization and modernization of the Arab world and thwart the integration of migrants and minorities of different cultures. Moreover, during the COVID-19 pandemic, those who questioned the science and medical research described the pandemic as an international conspiracy of Jewish groups in control of pharmaceutical industries.

A second reason why an exclusively Jewish-oriented fight against hatred proves to be unsubstantial against anti-Semitism has to do with cooperation. As Yehuda Bauer often argues, if they want to be more effective in their battles, the Jews should forge alliances with other institutions and authorities that variously operate for emancipation and against all forms of oppression. We shall not consider this choice just as a moral issue, for the Jews are not supposed to be better than other people (the elected people of God, bearing the burden of the world's sins). Instead, as Spinoza would argue, it has to do with fulfilling the Jews' own conatus (potency).

Only if united with other people can the Jews grow more vital in their struggle for survival: they cannot win alone. As the Jewish philosopher from Amsterdam warned, only being with others makes you stronger. And although nothing shall be taken for granted, you receive more empathy if you can empathize with others. This is why Spinoza talked about the Good's attractive force and highlighted how virtuous behaviors could foster mutual emulation.

Finally, there is a more significant danger in distinguishing the wrong done to the Jews from the one done to other people: strengthening the separation of the Jews and dividing the world between Jews and non-Jews, which is what anti-Semitism wants. To justify their hate and prejudices, the anti-Semites described the Jews as a separate people, one that was dangerous for the others (as claimed in The Protocols of the Elders of Zion).

The stigma of being considered different from the others was the most profound trauma that the Jews suffered at the time of the racial laws. The survivors, such as my parents, who escaped the extermination of the entire Jewish community in Thessaloniki, longed to live free in a world where no distinctions between Jews and non-Jews were made. To feel part of the world, rediscover the joy of a relation of equality to others, and be respected as all other human beings: all this meant defeating Nazism and beginning a new life.

Due to the many betrayals that the Jews have suffered in history, it is certainly hard for many to accept these ideas. Skepticism, the desire to curl up in self-defense, and the fear of seeing everything starting all over again are human, understandable reactions. From my experience and personal knowledge, the fight against anti-Semitism in the name of equality between all human beings is unrenounceable. This is why I feel close to those who fight all forms of discrimination.

With Vassilij Grossman, I sense that, by seeing anti-Semitism as an independent variable of history and disentangling the fight against anti-Semitic prejudices from a longing for humanity's freedom, one elicits the risk of feeling different from the others in the very struggle against anti-Semitism. It is a stunning paradox, a colossal trap in which to fall. And this, like others, is a much-discussed fragment of Gariwo's history.