The teaching of Lesbos: helping also those who betrayed you in the past 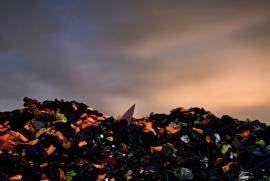 If you have been forced to abandon a Muslim land because of your Christian faith, would you ever like to welcome the thousands Muslims who are demanding protection now to your home?

Would you not perhaps be willing to take your revenge, thus turning a blind eye to their plight? Hardly those who have been chased away feel compassion toward those who, albeit indirectly, were the cause of his troubles. Often, time does not heal all sorrows, which keep on living in our subconscious for many generations to come. It will take more time for Jews to feel an unconditioned trust toward Germans, not to mention the Armenians' attitude toward Turkey.

This is the most interesting theme emerging from the book by Daniele Biella, dedicated to the great solidarity shown by the inhabitants of Lesbos toward the hundreds thousands refugees who left the coasts of Turkey to land in despair on the Greek island.

There is in facts a tiny detail to keep in mind.
Many of the dwellers of Lesbos are the descendants of those Orthodox Greeks who lived in the Ottoman Empire and who, following the Treaty of Lausanne of 1923, had to leave Turkey. It is calculated that nearly one million people and a half who were Greek-speaking and of Orthodox faith were forced to move from the region og Izmir and Trabzond, along with the 300,000 Turks who had settled down in Greece. Their guilt was first of all their belonging to a religion, which was not compatible with Islam.

Today instead the role game has abruptly changed. The refugees who under the blackmail of the smugglers have sought safety in Greece are mostly Musslims from Syria, Iraq and Afghanistan.

Only very little would have sufficed to spark prejudice and tarnish the spirit of hospitality: a simple recall of the Muslim persecutions. The inhabitants of Lesbos though did not let themselves be conditioned by the negative memories of the past, but they started from a key value: those who have been refugees must be sympathetic to those who nowadays live the same tragedy, without making any distinctions of ethnicity, culture or religion. What matters is no more difference, but rather the community of fate. You better understand the other and break the cultural barriers, when you discover a similarity between your own events and the other's.
This is the message the Righteous from Lesbos, as Daniele Biella calls them, have sought to launch to the world.

Emilia Kamvisi, the grandmother who has become famous for a picture that has gone round the world, in which she takes care with a baby bottle of a distraught child after the sea crossing, explains her commitment to rescuing the refugees this way: “If I think about beauty, I think about children, grandchildren, all kids. I have an ideal, which accompanies me and concerns the very concept of Humanity: if you wish to do something good just do it, but if you cannot, do not do anything bad. I am the daughter of refugees, here in Skala we are all like this, we were poor, but we are still here. Now other refugees are asking us for help. They need us and they deserve to hope in a better future, too”.

Stratos Valiamos, fishermen and nominee to the Nobel prize along with Emilia, he stresses with determination that he does not make distinctions between religions, when he rescues people at sea.. “I am a Christian – recalls Stratos -, I know that the people I help are Muslim, I never and for no reason whatsoever would ask anyone about their faith before helping them. After all, if I had been born a few miles from here, in Turkey, probably I would be a Muslim too.”

He did not step back, Stratos, even when he was the witness to a competition between victims during a shipwreck. He had lent a helping hand to some 50 refugees in a ship with the engine off. Frightened by the sea level, they had not told him some of them had fallen into the water. Only after the rescue some of them spoke out and Stratos managed to rescue some of them in the sea. His first thought was for the rescue, not aimed at judging them.

Christoforos Schuff, son of Californian evangelical Catholics, loves recalling a tale recounted by Victor Hugo in the Misérables, where Mgr. Muriel protects from the police the very thief who stole his silver cutlery. He decides to tell a lie and explains the police chief that it was only a misunderstanding, in that it had been he himself to give the thief, Jean Valjean, his cutlery.

“If you follow the Gospels you must also be eager to love your enemy and forgive him, even if he does not deserve it. While you save somebody, you are not there to judge over him, but to help a brother in danger, wherever he comes from. You must behave like the bishop in the Misérables, who gives his unconditional support. Then, once the person is safe, you will evaluate his possible right to obtain political asylum.”

The Righteous from Lesbos make us think about the parable of the Good Samaritan, who does not hesitate to help those who belong to a different faith. A kind of thought, which is not very fashionable in our time.

Biella’s book does not mention it directly, but it asks the following question. Are the Holocaut Righteous different from those rescuers who help the refugees at sea? The context is different, because then those who saved the Jews risked their own life – or at least their reputation – setting themselves directly against the executioners, while today this is a choice of conscience, where somebody puts him or herself at the disposal of the other.
There is though one common point though. The Righteous of yesterday and today, as philosopher Emanuel Levinas would say, answer the call of the other’s face. Probably, in their life, they would have done something completely different, but then something compelled them to act. They have not planned to do good, they have not gone out to do some volunteer work, nor decided to sacrifice their lives as missionaries, but in the face of people demanding help they have decided to act, as if they had received an order.

Melinda Rostie, the iniziato of Star Fish Foundation, explain very simply Levinas’ great intuition. “If a problem occurs where you are, you have two choices: help or leave. I cannot see any other choice than the former, because we are talking about innocent people who runthe risk of dying, and one day I could be in their place.”

Melinda has called her organization, active on the Island of Lesbos as Star Fish, drawing inspiration from the tale of a little girl who after a storm saw on the beach thousands star fish dorme to dry out under the sun. She thus decided to collect them one by one and take them back into the sea on her own. It was a titanic endeavor, doomed to defeat. And yet her stubbornness had a big emulation effect. Dozens people decided to follow her in that impossible endeavor and thus all star fish found their natural existence again.

This is probably the biggest difference from the Righteous in the Holocaust. Then, those who rescued the Jews represented a little flicker in the light, because Nazism managed to massacre six million Jews.

This is why I have often written in my books that the Righteous of that time were not “winners”, because the Nazi evil was despite all stronger than them. They managed to rescue many lives, but as Jan Karski, the messenger from the Warsaw ghetto, wrote, the Humanity was defeated and still pays for what he has defined as the “second original sin”.

Today, instead, there are the conditions to save the refugees in the Mediterranean.

Europe, if it has courage and overcomes its nations’ self-interests, can win the battle of hospitality. The Righteous from Lesbos and Lampedusa can spark the light of European solidarity. It is not yet too late.

If this will not happen, the Humanity will be defeated again.