The tales of Good 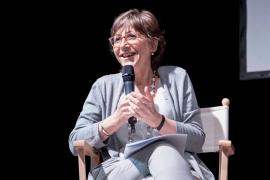 Following we publish Milena Santerini's remarks delivered at the last lecture in conference series “The crisis of Europe and the Righteous of our times” held at Milan's Franco Parenti Theatre on 18 May 2017.

In the Charter of responsibilities, Gabriele Nissim writes “everyone of us can make the difference”. Yet, I would like to reflect on indifference.
What makes us Righteous people – or bystanders? The inertia of bystanders is the shared condition of the whole of us. To discuss this condition as bystanders, based on inertia and indifference, which are as catchy as commitment and responsibility, I would like to start from an example. This example is about what has been happening in the Mediterranean Sea for the past 15 years: in its water, 30,000 people have died and only 60% of them have been identified and have a name. We can thus ask ourselves what causes our indifference not only in the face of this tragedy, but also of the related fact of not being able to give these people a name.

Imagine then that an airplane accident or an earthquake occurs, and no one does all in his or her power to search for the victims' corps; imagine those who wait to hear from their dear ones. Rescuing the living and giving a name to the dead ones is not only a task of the Righteous, but of human pity and religious spirit, which belongs to any faith; having a name is right as well. All this refers to Antigone's words: these are the non-written laws of the Gods. Why do hence we disregard them? Maybe because they are too many, or far and different from us? The Righteous answer these dilemmas in the first place, they are not indifferent, even when the others are far and their strangerhood may lead to enmity. If we all had seem that light blue, nameless fishing boat, protagonist of one of the most violent shipwrecks of 2016 – 800 dead people recorded – we would have seen a boat full of personal objects of people: documents, school reports, garments, even small bags with the earth of their lands of origin. On that fishing boat there existed three classes: most of the dead belonged to the third class.

Who are we in the face of this evil? It is almost natural to rethink of all those insulting articles accusing rescuers of collaboration with smugglers. The accusation is false, but it serves to the purpose of enabling our consciences to feel justified for the inertia, and not standing up for the rescuers; we may not take the victims' side, as they, too take part in evil to a certain degree. A beautiful passage from the book Waiting for the barbarians by South African writer J.M Coetzee, 2003 Nobel laureate, in which you read of an empire under siege, fearing the waves of foreigners: “in the day, the empire follows its enemies, by night it feeds with the pictures of the disaster”. We could hence mean, then, that the fault is of the media and the spectacularization of suffering, which makes us nearly used to pain itself. And it is true, above all when the pictures show us nameless masses and, as Primo Levi taught, we are not able to feel pity for moltitudes, but at most for one person. The world in facts mobilized when it saw the pictures of little Aylan Kurdi on the beach; in that case, human pity was sparked, but it soon withdrew as the public opinion heard the accusations and slurs against the rescuers.

Through the eyes of the Righteous, of non-indifference and pietas, we can try to understand more broadly and universally, although we need to catch this empathy. The Righteous set on a contagion. We are all responsible for someone else, but we can abide this only by immedesimating with the other, thus becoming responsible for our neighbour. Let's put ourselves in the shoes of a mother who, in a harrowing limbo, waits to hear whether her son is still alive.
Here comes the fear of responsibility, the hurry to find an alibi not to act, not to feel compelled to admire the rescuers. I would like to mention the case of Milan's Holocaust Memorial, which shelters 40-50 refugees every night, 4-5 thousands a year, thanks to a management that has not succumbed to remembrance as an end in itself. Indifference, the word written in big letters at the entrance, as sought by Liliana Segre, shows a continuity between what happened at Platform 21 and what is happening today: hospitality at the Memorial breaks that chain of indifference.

How can we create empathy? How can we look mercifully at those who suffer? First of all, I would say, we need a mediation to bring us in front of the others' suffering. We need a narration and different eyes, that turn us from bystanders into rescuers. The narration shall involve our imagination, leading us to identify with the others, their stories and their progagonists. Thus, if we have an original empathy which turns us into the others, where does evil stem from? Does empathy disappear as soon as we feel endangered? We need tales, imagination, meetings, a different moral education that does not dwel on who is right or wrong. We do not need a kind of justice solely based on the knowledge of rules, but rather one that leads us to meet with other people, helps us unveil similarities and shows us all as originally human. The Righteous, then, are the others who make us rediscover ourselves in the others.

The celebration of 6 March, European Day of the Righteous, must spread as much as possible, because through the tales of these women and men we can “catch” goodness, learn to act for good and always remember that we are the others.

Analysis by Milena Santerini, President of Parliamentary Alliance against Racism and Discrimination at the Council of Europe