The editorial by Nadav Tamir on Gariwo, Israel, and the Memory of the Righteous 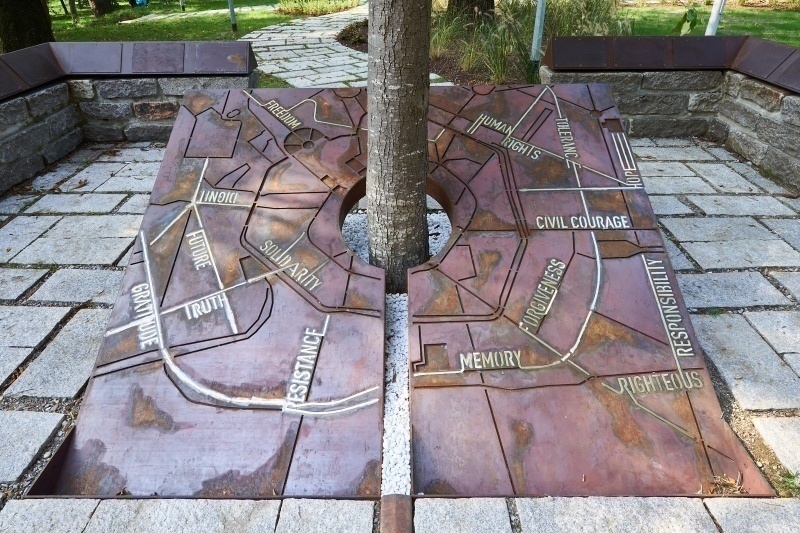 Here you can read the op-ed by Nadav Tamir published in The Jerusalem Post on April 27, 2021:

The recognition by the Biden Administration of the Armenian Genocide raises the question for us Jews. Is it wise and moral to seek exclusivity of our own genocide – the Holocaust?

We Jews, survivors and children and grandchildren of the survivors of the Shoah, have a big issue nagging at us in every discussion: how do we pass on the memory of the greatest genocide in history, which occurred to us, making sure it never happens again? In Israel and beyond, there are two views on this issue, two positions that often confront one another, even though they are linked by an unseen spectrum of other, more multifaceted, and less straightforward opinions.

Some believe that we should focus exclusively on the evil suffered by the Jews, while others maintain that remembering the Shoah shall not become a solely Jewish duty. According to the first view, we should develop a strategy to fight against all forms of antisemitism in the world to ensure that what happened to the Jews will never again happen to any Jew. This argument holds great weight because, over the centuries, the Jews were variously considered the enemies of humanity: whimsical ideological constructions have long characterized not only the exponents of authoritarian regimes but also those engaged in battles for progress and freedom. Even Winston Churchill, to whom all Jews should be grateful for having led Europe’s uprising against Nazism, held antisemitic views. As Mordechai Paldiel recently recalled, in the Sunday Herald of February 8, 1920, Churchill called the Jews guilty of the worldwide diffusion of Bolshevism, one of the most dangerous ideologies for the future of humanity. Churchill here drew on a typically antisemitic argument that Hitler himself used when speaking of the Jewish plots against Germany and humankind.

The second view calls for the memory of the Shoah to become increasingly important to the whole world, not to enable the evil that befell us ever to happen again to any human being. That view requires acknowledgment that other people suffered genocide and that we should be the first to recognize and sympathize with their tragedy. Raphael Lemkin, a great Polish Jewish jurist and Holocaust survivor who lost both his parents in 1944, went along this path. Not only did Lemkin coin the notion of “genocide” – with his obstinate struggle, he also succeeded, in 1947, in having the Convention on the Prevention and Punishment of the Crime of Genocide approved by the United Nations. The genocide convention was a historic resolution that, for the first time, called on humanity to prevent and punish the extermination of minorities. Thus, after the Holocaust, he introduced a new commandment in the Decalogue: you shall never commit genocide.

Both views are equally valid and essential, and it would be profoundly wrong to set them in stark opposition to each other. We must remember the Shoah’s singularity and how antisemitism differs from other forms of hatred, just like we must be, as Jews and Israelis, at the forefront of the fight to prevent all genocides. Among other things, we must not forget that whenever humanity slid into totalitarian and inhuman movements and regimes, new prejudices against the Jews emerged. When evil makes its way in the world, it will, sooner or later, harm the Jews. This is why, as Lemkin understood, we must be at the forefront of genocide prevention.

But we should be at the forefront of genocide prevention for moral reasons even when it has nothing to do with us. We must also be aware that we cannot be alone in our fight against antisemitism: we need to build a policy of alliances and awareness with as many people as possible. If we fail to create sympathy with our struggle in the world, we will be weaker. As Baruch Spinoza understood, the Jews must join the others in their battle for survival.

AGAINST THIS backdrop, we in Israel should pay great attention to a cultural movement that was born in Italy and is now spreading across Europe and the rest of the world. Gabriele Nissim, an Italian Jew, created an organization called Gariwo (en.gariwo.net/).

Gariwo universalized the notion of the Righteous among the Nations – originated in Yad Vashem to honor those who saved the life of a Jew – by uniting Jews, Armenians, Rwandans, Bosnians, and the survivors of other genocides. With Gariwo, the memory of the Righteous gains double significance, becoming both Jewish and universal.

Gariwo’s idea builds on a twofold aim. On one hand, to remember those who saved the Jews, making this concept increasingly popular in the fight against antisemitism. On the other hand, to honor all those who fought to save lives during genocides. The memory of the Shoah thus grows more powerful and relevant, for in its name Gariwo remembers the most outstanding people who take a stand against all forms of prevarication and do their best to save the dignity of each person when hatred and fanaticism endanger it.

Narrating the Righteous as an example for humanity allows Gariwo to address the crucial issue of preventing genocides and all forms of evil against both Jews and non-Jews. When we say that the past must never happen again, we always imagine that there must be men on the public scene who can prevent evil from happening through their courage, by listening to the call of their conscience. As the Talmud says: it will always be the Righteous who will save the world (be they 30 or 36 or more...). Building a great international alliance around this issue will strengthen the Jews’ fight against antisemitism and hatred toward Israel.

In this spirit, Gariwo created more than 100 Gardens of the Righteous all over the world, including in Italy, Armenia, Poland (in the Warsaw Ghetto), Tunisia, and even Kurdistan. Moreover, thanks to Gariwo, March 6 (the anniversary of the death of Moshe Bejski, the great creator of the Commission of the Righteous of (Yad Vashem), became the European Day of the Righteous, voted in 2012 by the Parliament in Brussels and, in 2017, by the Italian Parliament.

Israel could follow the example by creating a Garden of the Righteous Worldwide in Tel Aviv or in Haifa without this being seen as diminishing the great value of the Garden of Yad Vashem, in Jerusalem. This way, our country would send an extraordinary message of hope and the memory of the Shoah could make an even greater impact. Showing how Israel remembers not only the non-Jews who saved the Jews but also those who save a fellow human from destruction would be a great moral operation worthy of a great people, a great culture, and a great country.

The first step in this direction should be recognizing the Armenian Genocide and other genocides and stop monopolizing these kinds of large-scale human tragedies.

The writer, ambassador of Gariwo in Israel, was an Israeli diplomat and adviser to President Shimon Peres and serves currently as the executive director of J Street in Israel and as the adviser for international affairs at the Peres Center for Peace and Innovation.

Analysis by Nadav Tamir, executive director of J Street in Israel and as adviser for international affairs at the Peres Center for Peace and Innovation