The Garden of Warsaw 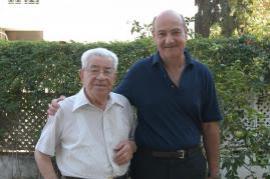 Entering a garden of the Righteous provides a great deal of emotional stimuli, the most immediate one being perhaps gratitude.

If Poland today, after a tragic history of vexations, occupations, dictatorships imposed by totalitarian regimes, can eventually present itself to the world as a free and democratic country, it owes it to those who devoted their lives to rescue many lives of unjustly persecuted people during Nazi and Communist rule, with their exemplary behaviours, a trace of humanity which the country today can be proud of.

Planting a tree in honour of these people means saying thanks and taking on a personal commitment not to forget then and to make the next generations aware of them as examples for life. The moral sign that they left through their very existence, when they alone behaved like Antigone defying men’s unjust rules, does not die out with them, but can be endlessly passed on as a moral baton, and we all can take part in the process.

They in fact keep on living, when under different circumstances, face the new challenges of life, our contemporaries follow their teaching in more and more unexpected ways.  Gratitude towards them is expressed at its best when the people of the next generations are able to emulate their deeds. In fact, every person has the opportunity to plant a tree to remember them not only in the garden of their town, but also by replicating their behaviour during their lives. The most resilient tree is in fact the one that lives on in the ideas and deeds of the people. Every human being can thus water a Righteous person’s tree, by filling his/her life with acts of generosity, the pleasure to tell the truth, the strength to forgive, the taste for doing good to others and the most suffering ones.

The secret of the Righteous person is somehow easy: it is the joy to feel his/her own humanity and feel that he/she is not only sovereign of his/her own ego, or within just one nation, but as a part of the whole humanity. An Italian judge, Giovanni Falcone, who paid his struggle against the mafia with his life, explained the meaning of the moral baton passing among the generations this way: “People pass away and ideas remain, their moral tensions remain and they will keep on walking on the legs of other human beings”. With these words, that he uttered a few days before being assassinated, he wanted to explain that if he had failed, others would have taken on his baton. His commitment against evil would leave traces in the lives of other human beings.

The person who probably would be the happiest to see the birth of the garden of the Righteous today is Moshe Bejski, a Polish Jew who after witnessing to the annihilation of the Jewish people in the country he loved most became the great personality behind the creation of the garden of the Righteous in Jerusalem. Bejski, who had been rescued in the Oskar Schindler’s list and had found shelter at the home of a Polish friend who tried to hide in vain in his garret, drew his understanding of the mission of his life from his tragic personal experience.

As he had been saved in a concentration camp, he felt the need to remember not only his rescuer, but also all the people who rescued the Jews during the Holocaust.   It is to his extraordinary work that we owe the popularity of the concept of Righteous among the nations.

Over his life, Moshe Bejski realized what we could call a realist hope. Unfortunately, evil cannot be avoided in human history, but luckily there are always some people who appear on the public stage assuming a responsibility and having what it takes to change events.
Preserving the memory of these human beings means giving hope to humanity, because the Righteous through their deeds have proven that there are always men who are unshakable also in front of the force of evil. A famous Biblical passage exemplifies this concept, as it says that whoever saves a single life saves the entire world. Thus a man with an act of humanity does not only aid his neighbour, but also becomes a concrete source of hope in a possible change of the world.

In Saint Matthew’s Gospel, too, we find a clear definition of the Righteous.
In all classical cultures, people often referred to the golden rule, according to which “you shall not to do others what you do not want others to do to you”. This was an invitation to refrain to commit evil towards the other human beings. Matthew instead goes further, when he recalls this principle: “Therefore whatever you desire for men to do to you, you shall also do to them; for this is the law and the prophets”. Matthew thus highlighted that to defeat evil it is not enough not to commit it; the most important challenge is instead to act for good, and take on responsibility. This is to say that we must build Good day after day, everyone of us starting from his own possibilities.
There is also another Polish Jew who would be happy to visit the Garden of the Righteous in Warsaw. It is Raphael Lemkin, the man who after the genocides against the Armenians and the Jews struggled inside the United Nations to have a resolution to oblige nations to prevent genocide approved.

Like Bejski, he had understood that genocide was not inevitable, but could instead be averted through commitment and responsibility of men and states.
The Convention approved in 1951 was unfortunately disregarded too many times, and the international community remained helpless and cowardly silent before genocide cases in Cambodia, Rwanda and Bosnia, nonetheless Lemkin’s message remains as the greatest challenge for the future of humanity. According to Lemkin, the Righteous people have precisely this mission: to warn the international public opinion that they must not remain silent in front of the regimes that theorize and practice the elimination of other human beings.

I personally took clue from the experience of Bejski and Lemkin, these founding fathers of the concept of Good and prevention, to broaden the idea of Righteous in the Holocaust to all genocide cases and cases when crimes against humanity are perpetrated.
We can consider as Righteous people, thus deserving a place in the Warsaw Righteous Garden, both those who rescued endangered lives and those who have defended human dignity in Communist totalitarianism, as well as those who struggle against the genocide denial of states that try to conceal their responsibilities, those who denounce new crimes against the humanity before the world’s public opinion, and those who are committed to pardon and reconciliation as it was done by Nelson Mandela in South Africa.
There is though no sociological definition of the Righteous human being, as reality always presents us with some new figures and the forms in which humanity is expressed under a variety of circumstances is really multifaceted. It is though a duty of the contemporaries to unveil them and bring them about. Without the work of the narrators and pearl divers, said Walter Benjamin, it would not be possible to bring into the spotlight the moral acts of so many people who have never sought fame or glory, but instead acted only for the sake of good.

Through Gariwo, the forest of the Righteous, the organization that I chair, we have achieved an extraordinary result at the Strasbourg Parliament: 6
March has become the European Day of the Righteous in honour of Moshe Bejski, who passed away on that very date in 2006.

This achievement was made possible first of all by the cooperation of the Italian and Polish deputies, who thanks to their committed managed on 10 May 2012 to obtain the approval of a written declaration that involved the majority of deputies of the European Parliament.
Moreover the European Community bestowed an excellence award on the memorial work of Gariwo, for the realization of computer-based project “We For: the virtual Gardens of Europe”, where you can see the Warsaw Garden of the Righteous in the Internet: http://www.gariwo.net/wefor/?lang=en

The inauguration of the Garden of the Righteous in Warsaw is for me and all those who have worked for its realization a reason of great joy, because after the Gardens that have been set up in Milan, many different Italian towns and the ongoing projects in Prague, Sarayevo, Rwanda and Yerevan, the decision of Warsaw City Hall  shows that the idea of remembering the Righteous can help what we can call the moral integration of the European and world’s nations. The Righteous are the best teachers for the education of the humanity.

The European Day of the Righteous at Warsaw