if German changed, we owe it to people like them 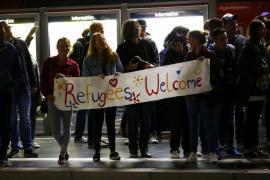 In the Thirties, Armin Wegner, like a naif Don Quixote, lost all his battles. He reported the indifference of the German army in the Armenian genocide and he was not taken into consideration; he believed in an enlighted Germany and expected to be heeded by the Führer after sending his famous letter in defence of Jews; he imagined that good Germany would be able to stand up again, and he explained this even to his prison guards when he was flogged inside the concentration camp; he hoped hat Germany would become a moral example for the European peoples, while its anti-Semitic message was welcome with great satisfaction in the whole Central-Eastern Europe.

In Hungary the first anti-Jewish law of Eastern Europe, limiting the Jews’ access to all professions, was passed in 1938, before Germany “handed back” to this country a part of Slovakya and Subcarpatian Rutenia. The law for the defend racial purity equalled Judaism to tubercolosis: to be able to get married you had to prove that your twin soul had no Jewish blood, in the same way as you had to show a medical certificate to state you or your spouse had no Tbc.

In Bulgaria, king Boris sent in 1940 his loyal adviser Alexander Belev to Germany to study the Nurnberger Laws to be able to apply them in a country that so far had set an example for the acceptance of Jews and Armenians.

In the very Poland, which felt threatened by Russia and Germany, there was a national movement run by Roman Dmowski - leader of Endecja – that said that Jews, due to the nature of their race, would destroy the soul of the Polish nation, and suggested them to emigrate to Madagascar. So prime minister Slawoj-Skladkowski, enjoying a strong popular support, launched in 1936 a campaign of economic boycott of the Jewish presence. He dreamt of casting out Jews from the economy, compelling them to leave.

This way history’s worst Germany conditioned its neighbours, and when the troops of the Reich, at the outbreak of Second World War, positioned themselves in Centre-Eastern Europe and started working for the final solution, they met with the complicity of collaborators and the pro-Nazi movements in the Ukraine, Czechoslowakya, Hungary and Bulgaria, while in occupied Poland there was very little solidarity with the Jews.

We cannot make trivial comparisons between what happened yesterday in Central Eastern European countries and the political and ideological walls that are erected today with bricks and morbid words about the river of migrants that are arriving from Africa and the Middle East.

However we have some certainties. History seems to be overhauled. Ms. Merkel with her brave decisions to open Germany’s borders and welcome half a million refugees has changed the whole political framework.

Towards all countries of Central Europe that feel threatened in their identity by the presence at their borders of people of different cultures, Germany has launched a loud and clear message.

Acceptance and dialogue with the other are the founding elements of European culture and civilization; those who try to escape this and close up out of fear or selfishness, want to take Europe back to the gloomy Thirties.

Germany does not want to be a negative example anylonger. It wants to set the moral example for all the countries which, in the two world wars, were dragged by its hatred against the Jews and human diversity, and nowadays are running the risk of going through the same degeneration as far as immigrants are concerned.

In the words of Merkel and many German intellectuals, nowadays we hear the echo of the loftiest values of Bildung and German enlightenment to which Armin Wegner made reference in his solitary struggle against rising hitlerism.

The German writer then lost his battle, but if Germany has changed we owe it to people like him.

Thank you, Armin Wegner, thank you, Angela Merkel. We can still believe in Humanity.