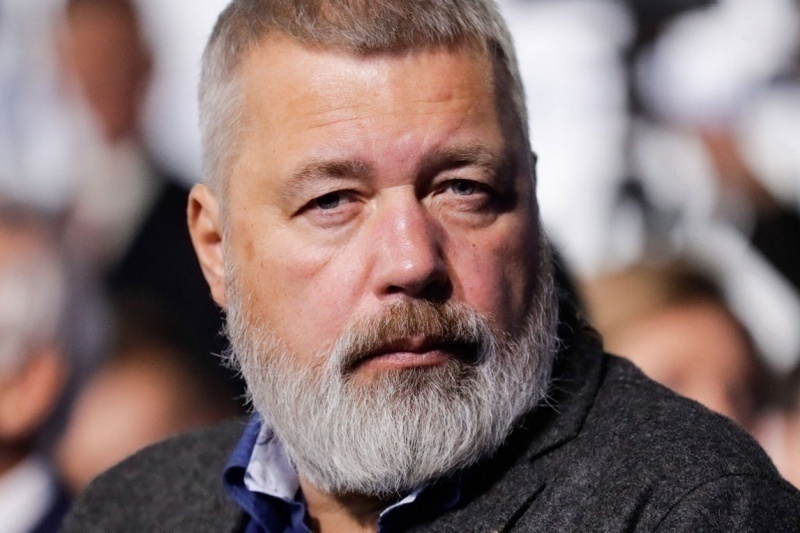 On the same day that Dmitry Muratov was awarded the Nobel Peace Prize – and the Kremlin sent its Novaya Gazeta a congratulatory message - another handful of journalists were declared to be “foreign agents” by the Russian government: reporters from the BBC, Bellingcat, Dozhd TV and the Proekt website, already declared to be “undesirable organisations”. Never had a Nobel Prize been more timely, casting a powerful spotlight on a situation long ignored or underestimated by the international community. The Nobel Committee had not looked at Russia for numerous years, after awarding the prize to Mikhail Gorbachev in 1990 for knocking down the wall and destroying Soviet communism and the choice of the editor of a newspaper that is a living monument to the struggle for press freedom was probably intended to be a signal to be sent to the Kremlin. Perhaps it will now be harder to close down a newspaper that has paid for its investigations - into the war in Chechnya, corruption, torture in prisons and the disastrous management of the pandemic - with the lives of six collaborators, the most well-known of whom was Anna Politkovskaya, killed exactly 15 years ago.

Yet, rarely had a Nobel Prize been more disputed, and Muratov himself had to justify himself and say that the award was for all his colleagues, and that if it had been up to him it would have gone to the most obvious Russian candidate, Alexey Navalny, the opposition leader who was first poisoned and then imprisoned, and together with him to all Russian political prisoners and to Russian oppositionists who have been forced to flee Russia in the last year. Polemics according to which many members of Russian political and journalistic dissent have accused Muratov of colluding too much with the Kremlin, or with individual oligarchs, are completely undeserved: the editorial staff of Novaya Gazeta has suffered threats, censorship and attacks, and compromises that must be made to survive repression cannot be measured or judged. What is most striking about the Nobel Committee’s choice is the decision to ignore what has happened in Russia in the last few months, what is occurring in these days. The extremely rapid regression from more or less soft authoritarianism to a dictatorship, which has taken place in a few months and has been triggered by Navalny’s protest, has involved thousands of arrests, hundreds of trials, dozens of newspapers and NGOs that have been closed or branded as “foreign agents”, and of journalists who have been censored and forced to flee. In just a few months, saying and writing what you think, taking to the streets or voting freely has gone from difficult to impossible.

Awarding the prize in these circumstances to a single journalist, with all its merits, seems to be too little and too late. It is true that Nobel prizes are by their nature far from current affairs and are meant to be the consecration of a consolidated and indisputable contribution. However, it is also true that in the past Oslo did not lack the courage to act in events that were still in progress and to award dissidents while they were in prison or being persecuted, or in exile: Andrey Sakharov, Lech Walesa, Aung Sang Suu Kyi. Measuring the score of potential Nobel laureates based on the years they have spent behind bars, or the annoyance that a prize might give to autocrats who persecute them, in order not to risk the controversy of the day, is a tactic that arouses bitterness and disappointment, especially in the recipients, and it was Dmitry Muratov’s turn to make amends and say that his Nobel prize is for his journalists, and for all those who fight for freedom in Russia. The Nobel Peace Prize is a powerful tool to draw global attention to an issue and is an almost magical safe-conduct for those who receive it. In Russia, and in Belarus, many, too many today need protection, defence, guarantees and the spotlight can make the difference between life and death.