Memory is not a self-defining safe 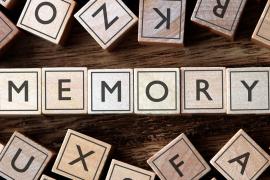 Anna Foa was right when she made an outcry in these pages. The memory of Shoah has been clouded, it has lost its disruptive charge.

When it was born, it had a specific and universal character. It was specific, because it broke all taboos on the misunderstanding of this phenomenon and made it possible to convey to the world its uniqueness in terms of horrors of Nazism. In France, for example, Simone Veil led an extraordinary battle for remembrance not only of partisans who had been interned for their fight against Nazism, but also of all Jews who had died not for being resistance fighters, but rather for being Jews, for their guilt of being born. Primo Levi recounted the mechanism of the grey zone in camps that Nazis had established to provoke competition for life among the victims, so that Jews would be co-responsible for their end. He explained very clearly the mechanisms of moral deception of conscience in the minds of Nazis, who had found a way to justify and hide their actions. As Turin writer did, also Zygmunt Bauman in Modernity and the Holocaust, explained (albeit in sociological terms) the political mechanism that had made the destruction of Jews possible. In Shoah there was nothing incomprehensible, because Nazis had managed to create a refined machine of annihilation that led men to accomplish such horrendous acts that even today seem impossible when one looks at them.
Israeli historian Yehuda Bauer, like perhaps no one else, highlighted how that evil was not accomplished by monsters or demons, but rather by human beings. It was a non-precedent in the history of genocide, which in any case did not only concern Jews, but all humanity, because it could have been repeated for other human beings.

The argument on the specificity and uniqueness of Holocaust led to a path of moral purification throughout Europe, where alongside responsibilities of Nazis, all cases of possible complicity in the various countries were highlighted. A non-linear path, though: if Germany has elaborated blame in an original way in the last few years, it has taken time for France to remember Vichy’s responsibilities, while in Eastern countries it took the end of communism to start a debate on the involvement of political elites allied to Nazis and on cases of indifference in societies. Still today in Poland, in Hungary, in Ukraine, in the Baltic countries (and a different chapter should be opened on Russia), in spite of steps forward, attempts are being made to mitigate responsibilities.

The memory of Shoah, as Anna Foa pointed out, had a universal character because that event, through Raphael Lemkin’s work, led to UN Convention on the Prevention and Punishment of the Crime of Genocide. International courts, proposals for protection of threatened populations and reflections on human rights arose.

The theme of never again seemed to be the great issue on which everyone was called to reflect. Remembering Holocaust meant stating vehemently that what had occurred to Jews should not be repeated for any human being. Hence the great moral message stemming from that tragic experience was the need to commit to defending human dignity in every corner of the world.

George Steiner, a great Jewish intellectual, during an important debate held in New York in 1967 in controversy with Elie Wiesel, explained that those who recounted Shoah proved to be inadequate if they described that extreme evil as an exclusive narrative. His authentic role was to be the witness of all crimes that had even the slightest relation to the Jewish tragedy: “Our difference is that we proclaim that there is no difference between human beings”. Steiner explained that survivors bore terrible scars, but only had one privilege after Auschwitz. They could be indelicate, irritating and subversive whenever an evil and inhuman nationalist policy appeared on the public scene. They had to be sentinels of evil and reject all nationalist slogans that led to justify the policy of their country when it took the wrong path. Claiming to be Jewish did not mean building a world apart, but shouting out loud when humanity was outraged.

Today, however, we see how that ideal charge seems to fade away. That memory has taken on a self-defining character that seems to revolve only around two issues, certainly very important ones, that is the fight against anti-Semitism and the defence of Israel against those who want to destroy it, but it has moved away from a universal vocation. And why shouldn’t one wonder, as Primo Levi did during the Lebanon war, if the memory of Shoah does not fade when a part of Israel chooses annexation of Palestinian territories?

Too often we see that many Jews and memorials are concerned that the specificity of Holocaust is questioned when comparisons are made with other genocides and mass atrocities. They would like Holocaust to continue to be told as a unique event that only affected Jews. In the long term, even though justified by the best intentions, this idea can become a dangerous trap because it risks separating the Jewish issue from human condition. I have heard several times this remark from children in schools: why do you only speak of Shoah and not of other crimes? Why do you only think of Jews and not of other human beings? In the long term, this idea can become fertile ground for anti-Semites, who always want to emphasize the difference of Jews in various ways.

Today it is crucial to quickly reverse this trend.
The memory of Shoah will live in time if it is a link between all memories of genocides and can constantly come to terms with the germs of evil that arise in present time. Its lesson will only last if it creates scandal and becomes a stumbling block before new horrors, as George Steiner grasped.

It takes new ideas and new thinkers for this grand cultural operation.
The epochal crisis started by Coronavirus, as Anna Foa rightly observed, requires memory to come to terms with hatred in the world with sovereigntists, with those who have built policies of contempt in social media and in the public debate of democracies, with those who see migrants and Muslims only as enemies, with the biggest challenge threatening the entire planet: climate change.

We have not realized it yet, but the new extreme evil after Shoah could be, as Jonathan Safran Foer (author of Everything is illuminated) wrote, our indifference to the apocalypse that could start with global warming and rising sea levels. Even in the last few months the highest temperatures on Earth have been recorded.

Memory must unite humanity for new challenges. If it becomes a self-defining safe it will lose its function.