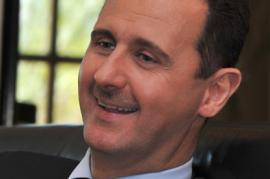 There is no magic wand to prevent genocide and crimes against humanity.
Nonetheless, as Daniel Goldhagen reminded us of in Worse than war, a book which has received few mentions in Italy, the fear of facing an international trial can set a deterrent against those who are eager to commit the worst crimes against civilians to fullfill political or ideological goals. Judging a political criminal for an offense that affects the whole humanity does not only mean   restoring justice for the victims but also creating an international environment in which new possible dictators will have to think twice before doing the irreparable. If you know what expects you in case you cross a line, this will not probably change your conscience, but you nevertheless will live with the fear of coming to a sticky end like Milosevic and the other dictators who were tried outside the domestic jurisdiction of their own countries, where they would go unpunished. Today, after the United Nations inquiry commission published the strong evidence that Assad's regime used chemical weapons, it becomes a key factor that all democratic nations immediately demand the punishment of the guilty and the beginning of a prosecution to bring Assad and the various Syrian military chiefs before court in the Hague.
Certainly at the moment it is not politically feasible to arrest the culprits, but an international campaign to denounce them would nonetheless have two important effects on the whole Mid-Eastern area. First of all everybody would become aware of who is covering Assad’s responsibilities. Those who should decide to be silent and turn their head away would thus find themselves in a quandary when confronted with the evidence of the crimes. For instance, Putin could not continue saying that it was the rebels to use nervin gas, and Iran’s Rohani himself would find it much more difficult to protect the Syrian regime.  Regardless of alliances it would be awkward for everybody, for the reputation of any country, to cover the responsibilities of those who used mass destruction weapons.   Secondly, trying Assad before an international court would set an important deterrent for those who dream of using chemical or nuclear weapons to alter the balance of power in the Mid-East.  It would provide a very strong message for Iranian fundamentalists, Lebanese hezbollahs, but also for those in the Sunni field who keep on yielding to the charm of Al Qaeda terrorism.